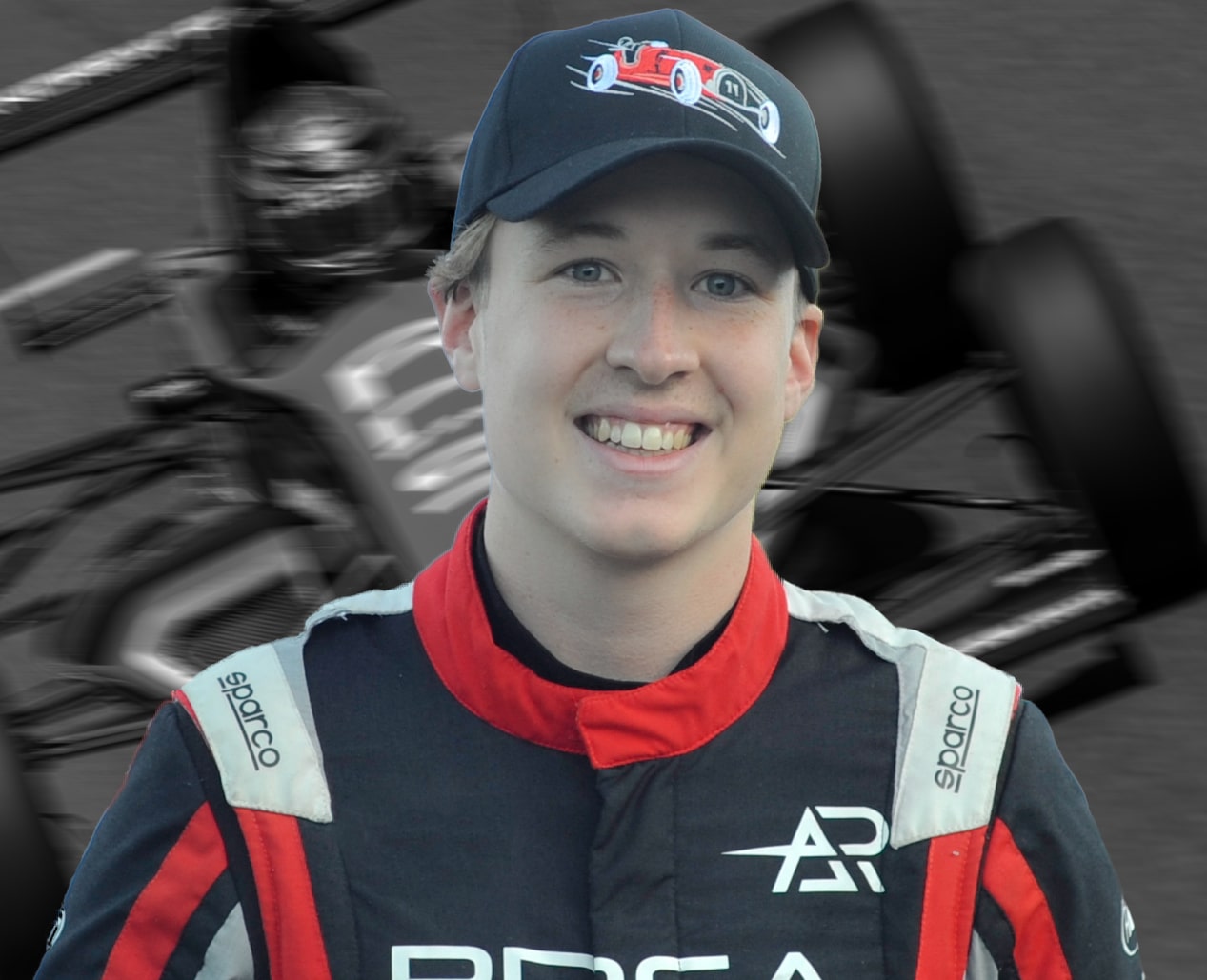 Andrew started racing at age 12 after a knee injury put him out of all school sport. Having always showed a keen interest in motor racing, Andrew and his father Paul – a self proclaimed petrolhead and ex-karter himself, headed on down to Killarney International Raceway in Cape Town. Andrew has not looked back since.

Starting out in karts in 2016, he claimed a pole position in his first season before moving up to the senior and far more competitive classes of Rotax Senior Max and DD2 in 2017 where a third in both Championships earned him the Rising Star Award.

In 2018, he stepped it up a gear making his F1600 single seater debut before finding himself as a title challenger the following season. 2019 was also Andrew’s final year at school, forcing him to miss a few too many rounds.

The global pandemic may have plagued the 2020 and 2021 seasons, but that didn’t stop Andrew from chasing his dreams. Working harder than ever both as a racing driver and 2nd year Marketing student, he has achieved exactly what he set out to do.

The 2021 South African Investchem Formula 1600 National Champion has also seen his achievements filter into other forms of motor racing. Success in karting, featuring at the Simola Hillclimb, racing a Lamborghini GT3 endurance car and regularly honing his skills in a Formula VW single seater at Killarney Raceway.

2022 has all the ingredients for his most exciting campaign yet!