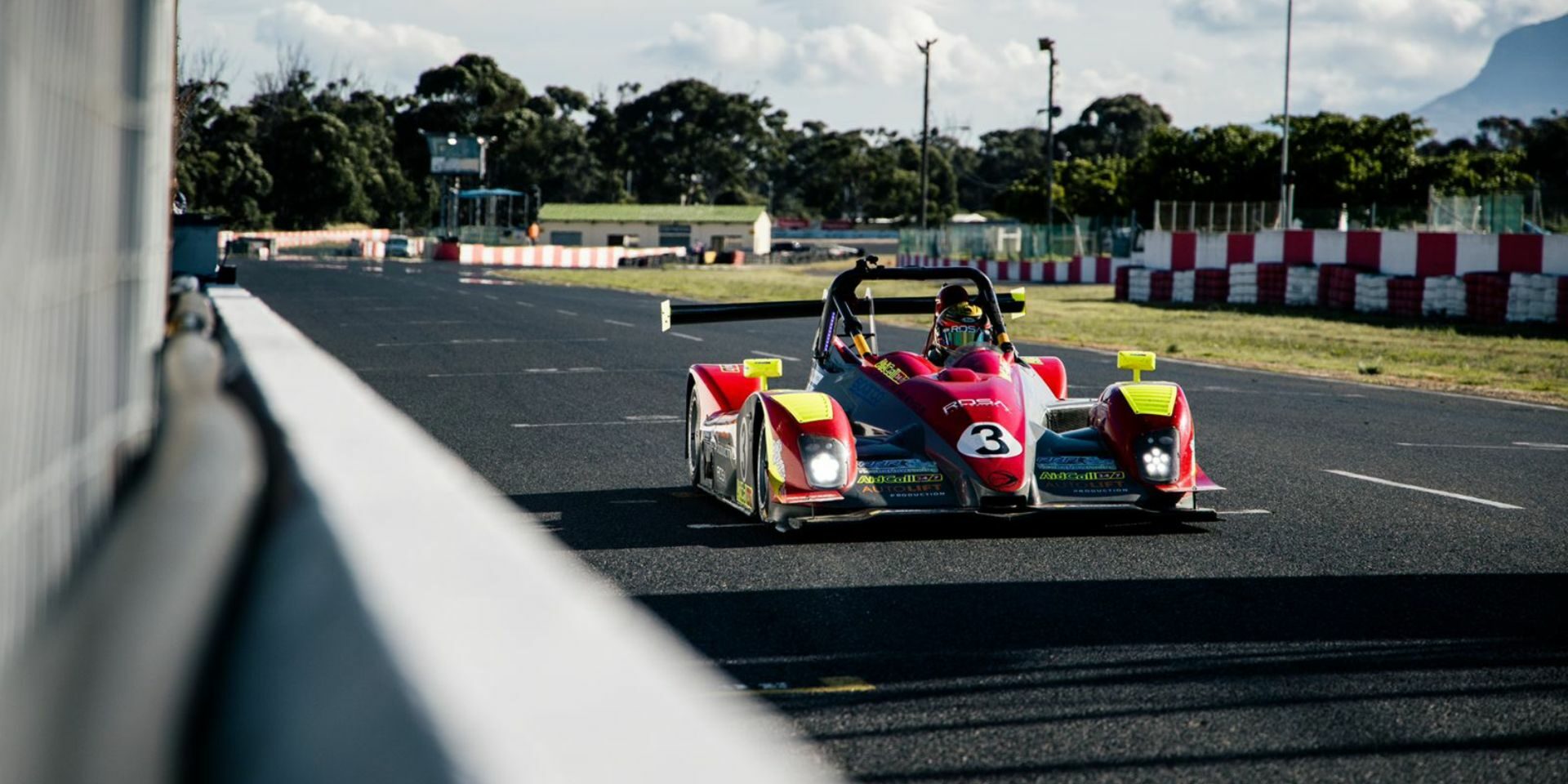 A Test Of Perseverance

Andrew Rackstraw crowned the 2021 Investchem Formula 1600 Champion took on his 2nd dose of the Killarney 9 hour. The event that took place this last Saturday,  celebrated 50 years of the South African Endurance Series and what a spectacle it was.

33 cars spread over 9 different classes and 9 hours of racing on the clock. What more could you ask for! Add to this the excitement of returning spectators and it was a real motorsport weekend filled with a year’s supply of action.

You could sense the excitement in the air as race week approached. Rackstraw, who hasn’t been behind the wheel of a race car since his last karting race in November was visibly itching to go racing again.Unlike the sprint racing we are so used to seeing Rackstraw compete in,The preparation for endurance racing is always slightly different. Most of it involved getting comfortable in the cockpit and acclimatized to a car that he had done only one test in previously. At this point in time if you weren’t at the event, you are probably asking yourself, “well what car did he drive?”. Let me indulge you, Rackstraw had the absolute privilege of piloting the beautiful AidCall247 Rico Barlow Racing Ligier JS53 Evo in Class S.

A serious machine in its own right and a sight to behold in person. The Ligier JS53 Evo was designed by highly skilled engineers and benefits from very efficient aerodynamics which were developed and fine tuned in a wind tunnel allowing for high end performance and safety. This 2L Honda monster boasts a whopping 255HP with a 6 speed sequential gearbox all packed neatly to give the car a total weight of 570kg. When unleashed on the track this car is seriously quick due to its weight to power ratio and downforce package. With an experienced driver behind the wheel, it is able to run sub 1:10’s around the 3.267km of Killarney International Raceway.

Enough drooling over the car, let’s get back to the lucky driver Mr. Rackstraw. As mentioned he got to test the car before race week and there were some early signs that the car and driver were a good match. Rackstraw instantly gelled with the car and found himself setting some blistering times. Bring on the quali and race action.

Qualifying came thick and fast as Rackstraw was the driver elected in his team to tackle the one lap wonder challenge. Unfortunately a communication error meant that the team qualified the car in an engine map made for conserving fuel and so it only had 85% power around the lap. Even with this hampering their speed Rackstraw was able to do a 1:09:602 and qualify the car on the 2nd row in 3rd position. A heroic effort from the young man in his 2nd ever endurance event.

Unfortunately it all came apart going into lap 2 of the race. Nick Adcock, a man with some serious experience both local and international and also a previous winner of the Killarney 9hr, was dealt a harsh reality when he got collected from behind while trying to avoid oil that had been dropped onto the track. A Lamborghini completely rear ended the nimble Ligier and heavily damaged the rear of the car. Adcock had to box, I repeat box, the very next lap to get the car repaired which cost the team precious time. With some very fast hands and an organised bunch of engineers and mechanics the team was able to replace the rear diffuser and the damaged rear wing minimizing the time loss. Adcock was able to rejoin the race but it wasn’t long until a new problem made itself known.

From the lap 2 collison, the fuel tank had shifted in its compartment in turn shifting the mounting point of the fuel filter. As the car continued on track the vibrations caused the filter to rub against the tank and eventually it sprung a leak which caused a heavy fuel surge. As the laps ticked on by the problem got worse and worse. Adcock then handed the car over to Rackstraw who took over for the 2nd stint. He adapted to the fuel issue but still found himself several seconds off their normal pace. The team had no choice but to box Rackstraw to complete a lengthy repair.

The repair work took well over an hour but the team did a brilliant job to change the fuel filter which sits behind the driver inside the carbon tub. It’s not an easy job and would usually take half a day of work to complete. The fact that the team were able to do this under pressure and still get the car back to finish the last 4 hours of the race speaks volumes.

With the car fully repaired, Rackstraw was back at his best and he was able to set the 2nd quickest lap time of the race with a 1:10:906. Going quicker than his qualifying time with a full tank of fuel and lots of traffic to deal with. Due to the driver minimum time limit of 1hr 38mins, Rackstraw had to hand over the car to his trusty co-drivers Michael Jensen and Dean Venter who finished off a great comeback race, taking the win in class S as well as 14th overall. A momentous achievement from the entire team.

“What an amazing experience. Firstly I have to say massive thanks to Nick Adcock and Rico Barlow Racing for trusting me to race their amazing Ligier. I qualified the car 1st in class and 3rd overall. Which put us at a really competitive starting position for the race. An unfortunate accident with a Lamborghini losing control on oil and crashing into the Ligier caused all types of problems we had to drive around, including loss of downforce and a fuel pressure problem. The team did an amazing job to find the fuel pressure issue and fix it, resulting in my 3rd stint getting the 2nd fastest lap in the race. We finished off strong as a team and the mentality to never give up really paid off. We finished 1st in class and 14th overall, although we wanted the overall win the team did an amazing job and I am sure next year will be a different story. I have to say a huge thanks to everyone who made it possible, especially my dad who has been in my corner from the beginning. I also owe a huge thanks to RDSA, Sparco, Rico Barlow Racing, Ravenol, Simgrid and Impitech for all the constant support.”

True words of perseverance and determination from the young man who will surely be back next year for another crack at his first endurance win overall.

If you missed out this year then definitely make plans to come watch it next year, it’s an event that caters for all.

Be sure to follow Rackstraw on his social media platforms to keep up to date with the latest news and be ready for announcements for what 2022 has in store for the newly crowned National Champion.

As always, keep safe and enjoy your festive season.