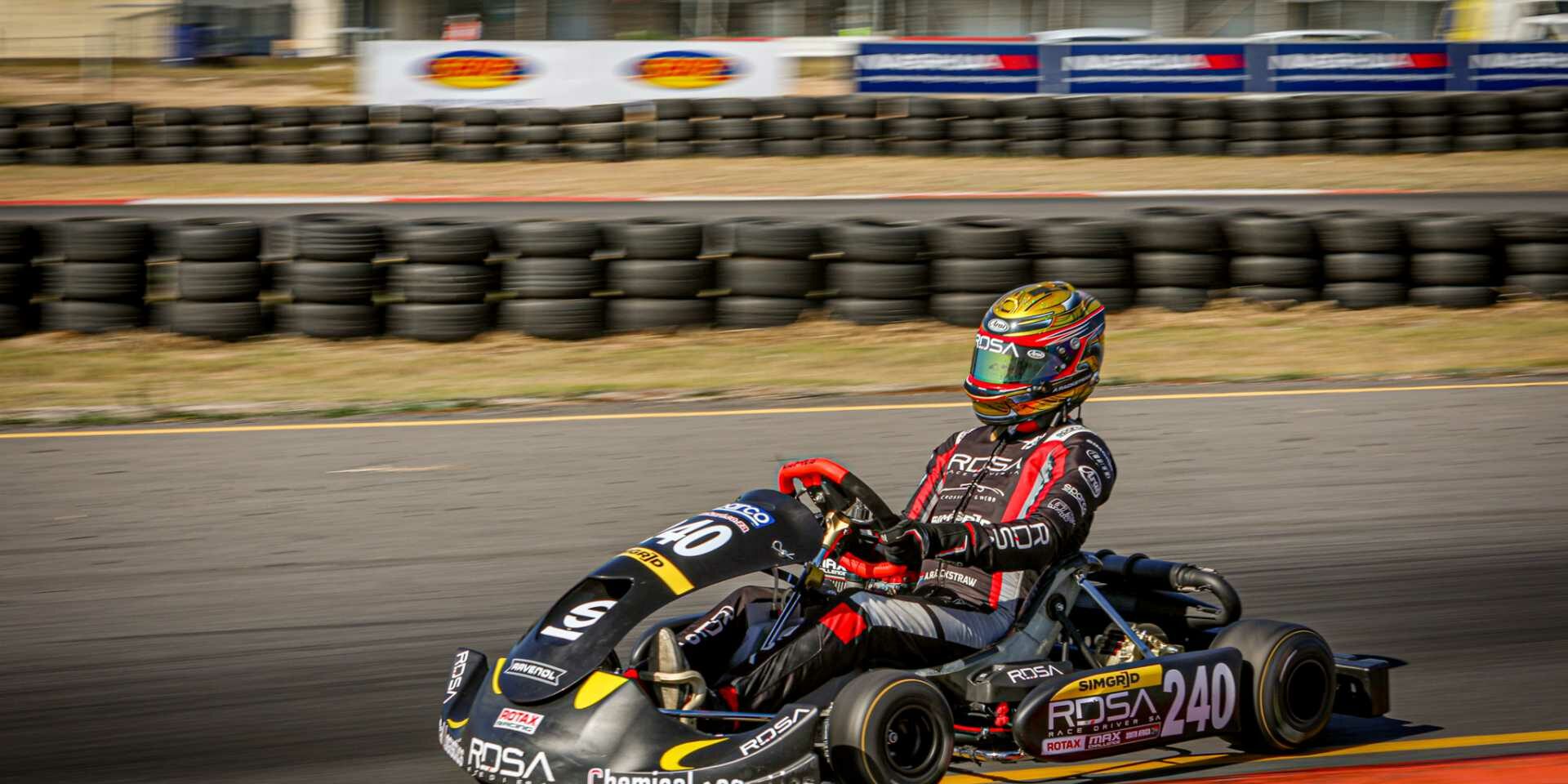 It’s always a special occasion when a professional racing driver returns to their karting roots for some high speed 2 stroke action. This past weekend, Andrew Rackstraw did exactly that as he opted to enter the first round of the South African Kart Championships at his home track in Cape Town.

Killarney Kart Circuit, situated in Cape Town, South Africa, has produced many a big motor racing name over the years. David Perel, Julian van der Watt, Claudio Piazza-Musso, Johan Fourie, Steven Simpson and Deon Joubert to name a few. So when Global Touring Cars driver Andrew Rackstraw showed face for a does of karting action, you could sense the excitement in the pits, especially from those who would find themselves on track with the talented Rackstraw.

Rackstraw had his new 2022 CRG kart ready and waiting for him when he arrived for practice on a Wet Friday morning. The RDSA team had spent the week prepping the new machine in anticipation of some solid testing, but the weather had other ideas. When Rackstraw did eventually get out on track he was fast out of blocks and quickly jumped to the top of the session times sheets.

Karting is pure motorsport and something Rackstraw revels at, particularly after a tough start to the 2022 GTC Season where he has been in an out of date Audi S3 and having to fight tooth and nail for points.

It was a thrill to be back behind the wheel of a kart which culminated in a thrilling qualifying session on Saturday morning where Rackstraw achieved a lap time worthy of a third row start before he was excluded due to coming in underweight. Unfortunately, being lighter in GTC car would more likely be preferred and Andrew Rackstraw would need to start from the back of a thrilling 19 kart national grid for race 1.

In a truly scintillating display of driving, Rackstraw climbed his way from 19th to fourth. That’s unheard of at National level karting, and probably one of the best drives in his relatively short and successful career.

Motorsport has highs, but it also has lows. Unfortunately for Rackstraw, after putting the exclusion behind him and racing through the pack in race 1, he again found himself needing to draw on the same motivations after being taken out and dropping back early on in race 2. He did however come back to finish in 6th, but as we know by now, Rackstraw has his sights set on finishing a lot closer to the front than that.

Race 3 looked to be a turn of fortune for Rackstaw who fought his way quickly to P3 before another incident effectively put him out of any running for a podium as he dropped all the way down to 13th. Fight back again he did, back up to another P6, but it was bittersweet for Andrew as he had come into the weekend aiming for a fun, clean and successful event.

“This weekend was a challenging one. We had the pace to be at the front end, but it just didn’t pay off. Getting taken out 2/3 races. Having to work our way through the field each time. Although this we tried to maximise as much as we could and managed to come home in 5th. Not the result we were looking for, but that’s just how some race days go. It was a weekend that we learnt a lot. Karting always keeps me fit and helps me with main circuit racing. A massive thanks have to go again to all my sponsors, Sparco, Simgrid, Ravenol, RDSA and Crossley and Webb. As well as to my parents for the continuous support.”

All thrills and spills considered, Rackstraw came away with a 5th place overall which, in a test of his character, was the kind of performance we have come to expect from this young professional.

With reference to the Hill being Simola and the up being Rackstraw navigating the twists and turns of the Simola Hillclimb this coming weekend. Keep an eye out for more information regarding the machinery Andrew will be in and make sure to catch the Simola Livestream. Action gets underway on Friday with the Classic Cars before the fast boys and girls do their thing in a fight for King Of The Hill across Saturday and Sunday.

“I am extremely excited for the Hillclimb, we will be racing a single seater, with some proper downforce, so I look forward to extracting every tenth out of the car. I am also excited to see that there is a chance of rain, which will make the racing extra exciting. I look forward to seeing all the fans and spectators back at this amazing event.”

If you are at Simola this weekend, pop in and say hi to Andrew and the RDSA Team