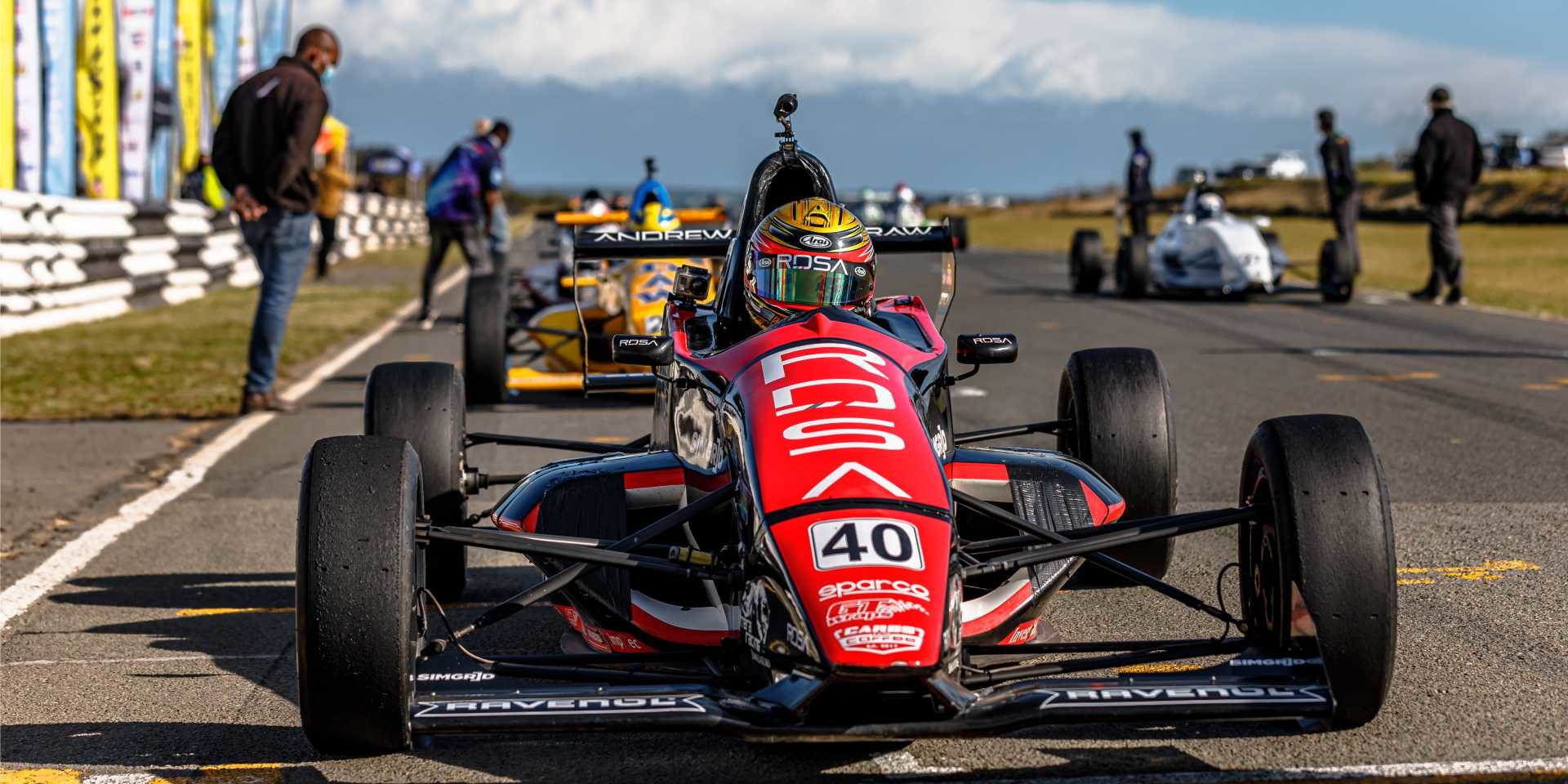 The penultimate round of the Extreme Festival 2021 Championship is just around the corner.

It’s been another tough season due to Covid 19 but one driver who has starred is Andrew Rackstraw. The young talent started off his season with a bang and hasn’t looked back. Hungry for his first ever championship title, Rackstaw has all but both hands on the top spot. He has been a joy to watch in his standout RDSA livery, as he has piloted his Formula 1600 all around the country.

It has been a record breaking season for the young man who is still only 19 years old. He has driven maturely all season long in what has been an unpredictable racing calendar. The championship ultimately had to be shortened by one round making Round 5 at Red Star Raceway the penultimate round.

Not many drivers have found themselves in the position to win a championship with a round to spare. But that is exactly where Rackstraw finds himself. A season where pole positions, lap records and overall wins with maximum points have been plenty. With all the success comes the pressure of closing out that illustrious National Championship. If anyone can do it, Rackstraw can.

He has the full support of his team, Investchem, who are no strangers to winning championships. Historically they are the most successful team in the Formula 1600 series. Add to the mix his driver coach Claudio Piazza Musso, who has won a Formula 1600 National title and you know he is in good hands.

Rackstraw, who leads the championship by 22 points, will be doing his homework for Red Star as it is the first time ever that the race will be held in an anti-clockwise direction for the Extreme Festival. The circuit organisers at Red Star are known to switch the track layout around every six months and last time the Extreme Festival raced there, the layout was in a clockwise direction.

This will throw a curveball into the race weekend as the new direction layout raises a whole new set of challenges. With 13 turns and a mix of slow, medium and fast sections, Red Star is a real drivers track. It’s a circuit that demands concentration and one that is easy to get lost on due to the many slip roads and direction changes. Situated in Delmas also means the weather can be unpredictable, with afternoon thunderstorms being a resident at the track. Looking at the weather forecast it looks like raceday will be a stunning 28 degrees, making the track nice and sticky once the rubber goes down.

“We as a team are really excited going into the penultimate round at Red Star. The entire year has almost been the perfect year so far. It’s been one that if you had asked me at the start of the year, I’d say that what we have achieved would be a dream.

Now more than ever, we are ready. The preparation and hard work has been rewarded with wins but my hunger for this first championship win has really motivated and fuelled me to a level I never thought was possible.

The whole Investchem, RDSA team and my chief mechanic Hendrik have been amazing. They have become more like a family over the course of the season.

It truly has been a great year so far and none of this would be possible without my dad. His support allows me to pursue my dream and there aren’t enough words to tell him how grateful I am!”

Should be a great weekend for racing with lots of thrills and spills. Rackstraw will be out to get his title so don’t miss out on the livestream that gets broadcasted on YouTube. The account that streams the broadcast is 2WheelsTV. Racing will commence on Saturday the 25th of September. Feel free to show your support for Rackstraw on his social media platforms as well as on his website.

Until then stay safe and keep well.