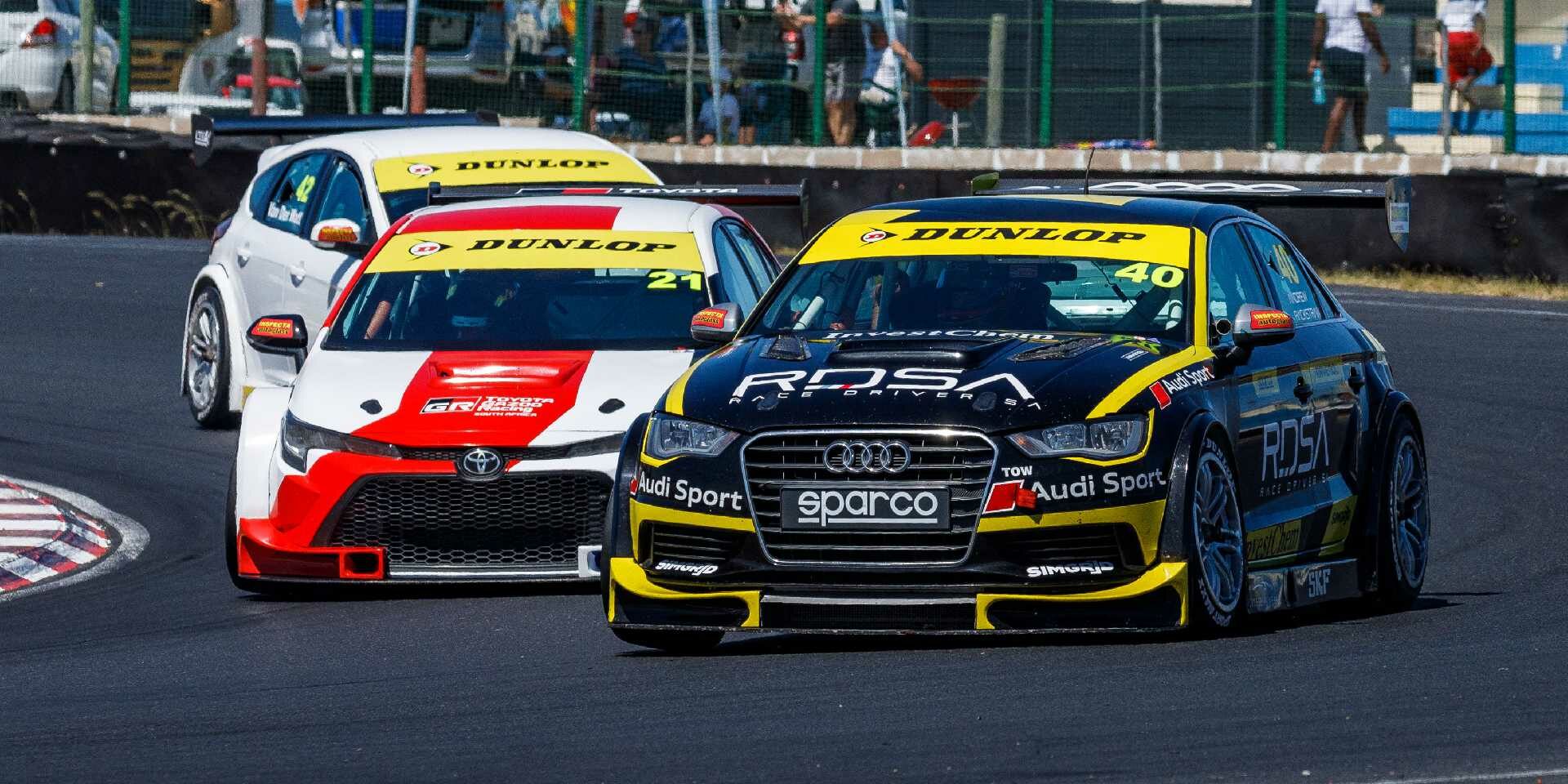 Rackstraw Back For GTC Business

GTC is back and Andrew Rackstraw will be back behind the wheel of the RDSA Audi S3 for a highly anticipated weekend’s racing at the Aldo Scribante circuit in Gqeberha.

The pinnacle of South Africa’s circuit racing calendar, the Extreme Festival resumes action this Saturday with the headlining Global Touring Cars grid ready to do battle.

GTC rookie Rackstraw faces up for only his 3rd race weekend in the car, let’s take a look at how he has faired thus far and what to expect for this upcoming weekend.

A Welcome BOP (Balance of Performance)

After Round 2 at Zwartkops Raceway, all teams were asked for their data by the technical officials so that an investigation could be made on the individual performances of each car. Engine performance and lap telemetry data were studied in great depth while the cars were also sent to the same dyno for further inspection.

This was all done in an attempt to gauge the performance of each car so that a balance of performance, better known as BOP, could be determined. The reason this investigation was done after Zwartkops was because the 2 rounds that had been completed had been 1 coastal event and 1 inland event. Armed with the technical data, officials then set about establishing a new BOP for the cars, in theory, and hopefully, in practice, we can expect some extremely tight racing on Saturday.

It’s no secret that Andrew Rackstraw has been in the slowest car this season with the RDSA Audi S3, so the new BOP could really be in favour of the youngster who is still the only driver in the older and heavier locally made chassis.

On top of this Rackstraw is having a stellar rookie season with 1 podium out of 4 races. He showed what he is made of at Zwartkops with some brilliant driving skills and has definitely been a great addition to the already star-studded driver lineup.

Aldo Scribante has been a good hunting ground for the RDSA driver in the past where he held a 100% win record in 2021 as well as where he holds the current Formula 1600 lap record. Only time will tell if he can carry his 2021 form into this weekend’s premier tin-top showdown.

Aldo Scribante circuit at a glance

The 2,480km circuit was built in the 1970s and has a total of 8 corners, 5 right-handers, and 3 left-handers that make up a lap. It is tight and narrow and is a driver’s circuit demanding inch-perfect driving and setup to achieve good lap times.

Its smooth tarmac service is also known for its great durability and for being tremendously kind on tires, meaning that tire wear is hardly an issue.

In recent GTC past, we have seen some great racing on the tight circuit where the cars are always within close proximity of each other. Rackstraw who comes from a karting and single-seater background is used to close racing, but squeezing a 1.2-ton race car around the tight corners of Aldo Scribante will be a whole new challenge which the young talent will absolutely thrive on.

Rackstraw has really immersed himself well with the WCT team who run his car and has built strong relationships with his engineers and mechanics. This will help him to really get the best out of the car this coming weekend as setup will be crucial on a track where overtaking can be very difficult.

“So excited heading into this weekend. The Aldo Scribante race track is one of my favourites on the calendar! I am feeling extremely confident going into this weekend with a positive mindset and a good base that we have been building on since we first tested the GTC. The series has put on a real show for the crowds in the Cape and at Zwartkops last time out and we look forward to providing all PE petrolheads with a similar experience. Can’t wait to see everyone there!”

Enjoy what is going to be an action-packed weekend in Gqeberha, and don’t forget to come and visit the RDSA Audi in the pits if you’re around on race day.