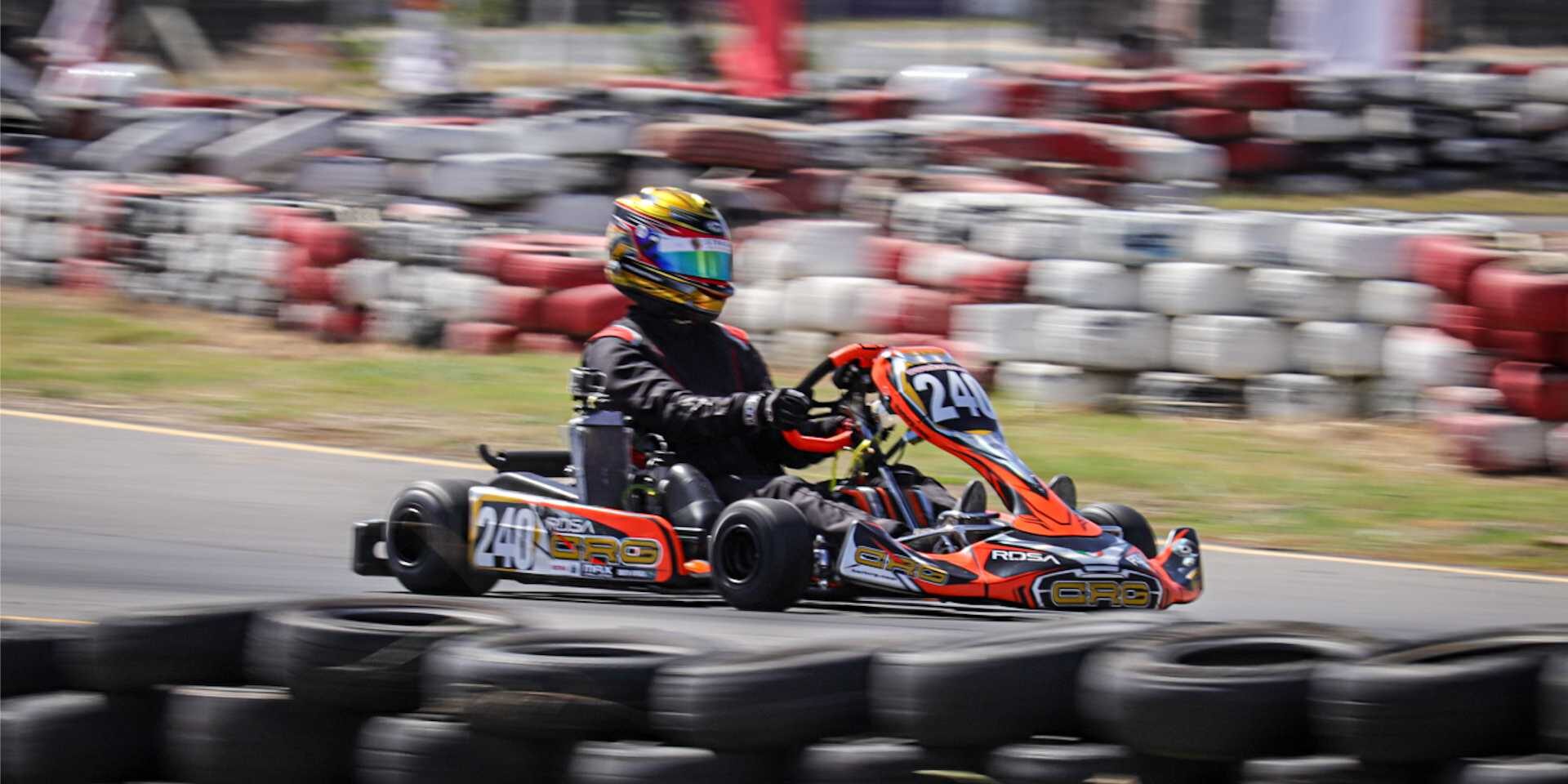 To make this even more impressive, Rackstraw wasn’t planning to do the Rotax National due to previous travel commitments. With Covid-19 restrictions rendering those plans obsolete, Rackstraw decided to compete and promptly won the event.

Pace in practice on Friday was consistent, giving a strong indication of solid race pace but with some struggles around heating the tyres up fast enough. With a three lap qualifying format, that’s far from ideal.

Despite carrying that issue into qualifying, Rackstraw managed to qualify P2 and secure a front row start alongside fellow Capetonian Tate Bishop.

Race 1 was an absolute scorcher, with the lead changing practically every lap in the opening part of the race. Rackstraw didn’t get off to the best start, dropping down to P4 before putting his head down and strategically working his way up the pack. With just a couple of laps to go, Rackstraw took the lead and brought his kart home in P1. 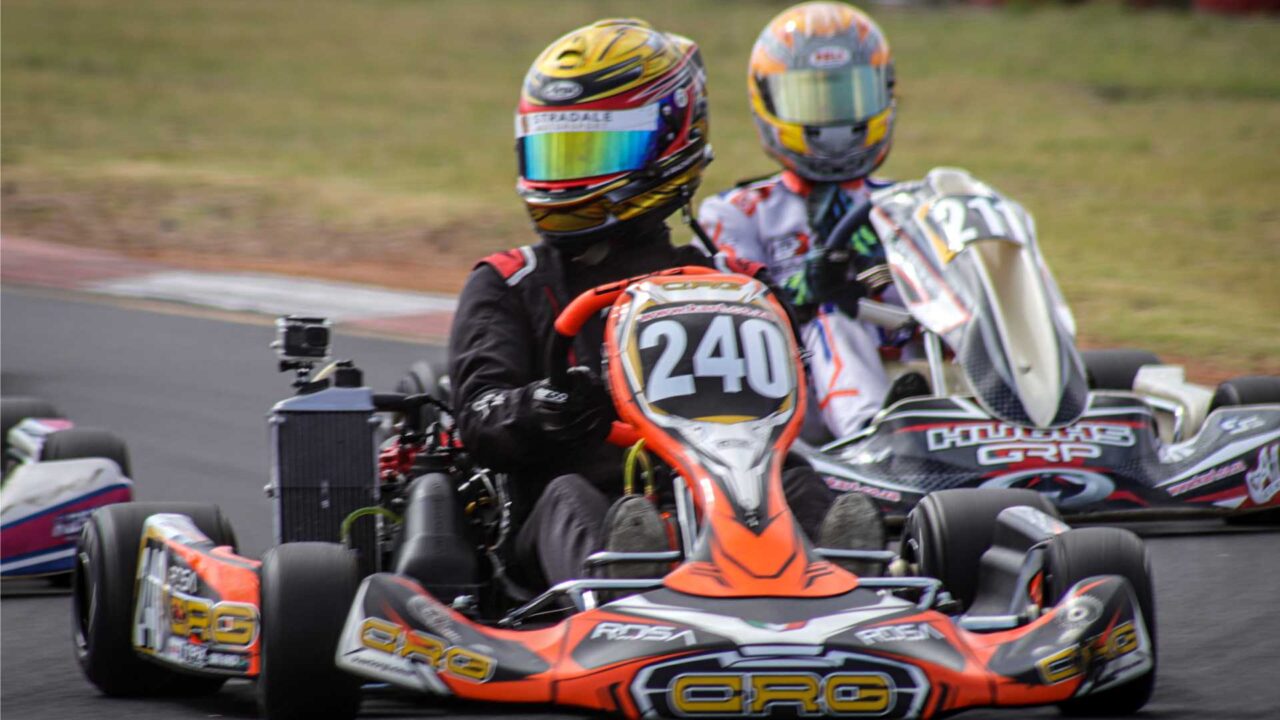 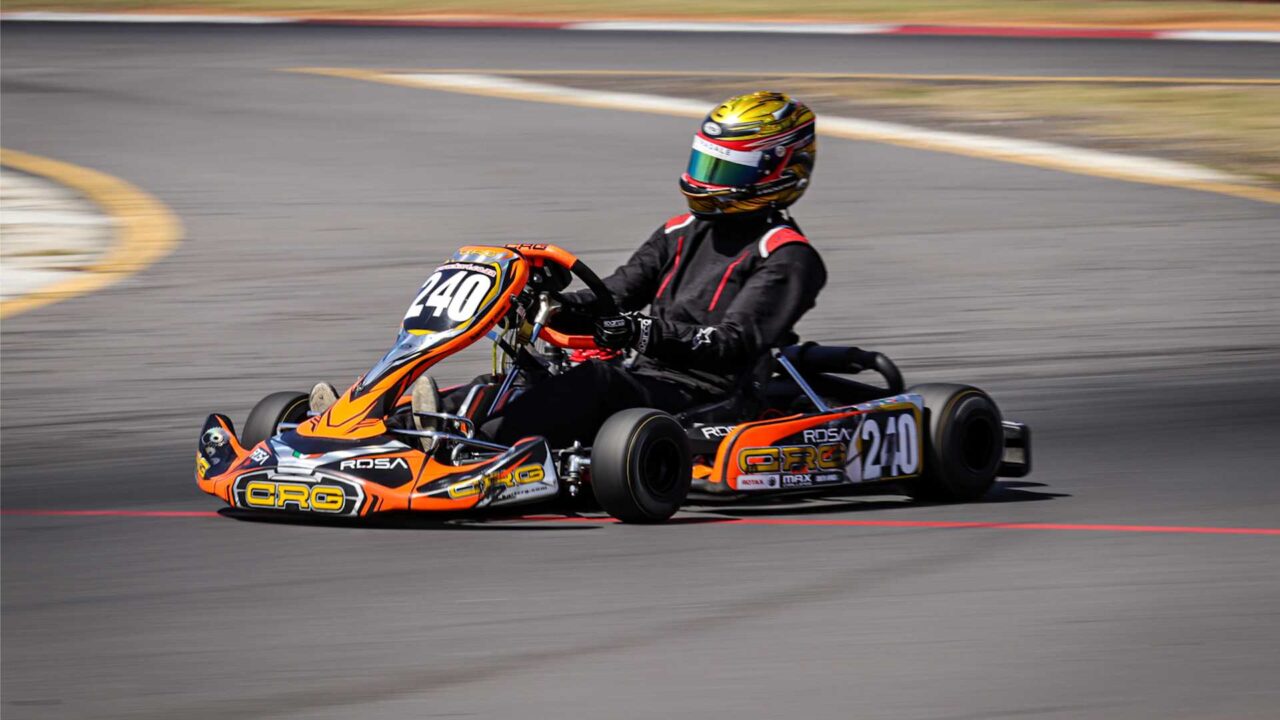 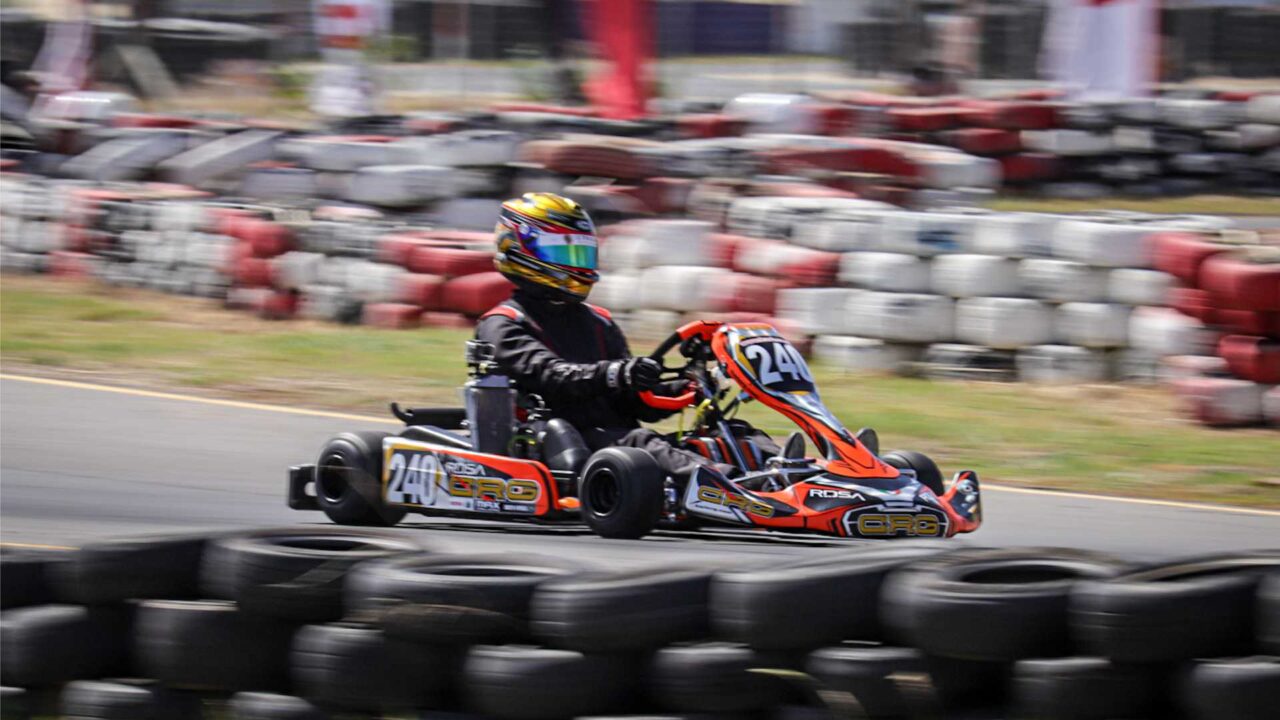 Having clearly demonstrated the race pace and strategic ability required to win karting races at the highest level, Race 2 beckoned. This time, Rackstraw would line up in pole position.

Surprised to find himself in P2 by the first corner, Rackstraw wondered whether a jump start penalty might apply. Choosing to take a view on the day as a whole rather than the race, Rackstraw maintained his pace to finish P2, waiting to see whether a penalty might come into play. It didn’t, so P2 it would have to be.

Going into Race 3 tied for the overall lead on the day, Rackstraw needed to win the heat to secure the top step of the podium. Aiming to just stay with the pack for the opening stages, Rackstraw backed himself to have the pace for a strong finish.

The strategy worked, although there was a scary moment when Rackstraw fell back to P3 with just a few laps still to go. Fighting back to finish P2 just behind Jason Coetzee who crossed the flag in P1, Rackstraw had done enough to beat Bishop. An unfortunate nosecone penalty for Coetzee promoted Rackstraw to P1 and a resounding victory for the day.

As ever, Rackstraw is grateful to team RDSA for the incredible work that goes on behind the scenes. Although karting isn’t the primary focus this year for the young star, Rackstraw is thrilled to be leading the championship and will keep his head down, excited for what the future might hold.