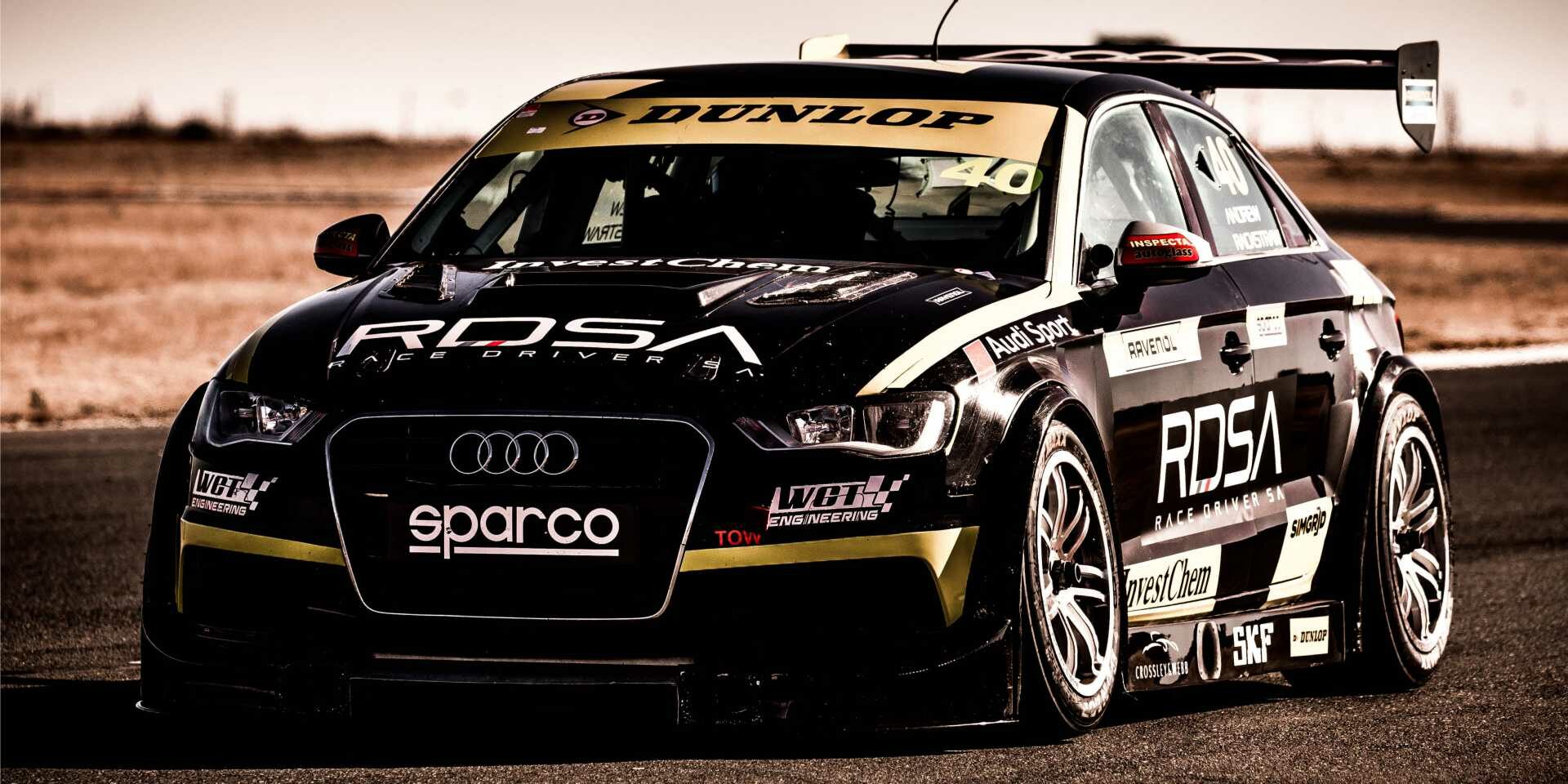 Just 2 weeks ago Andrew Rackstraw was enjoying his 2nd international racing trip, fast forward and here he is getting prepped for the East London Grand Prix Circuit in his RDSA GTC Audi S3. A fast and exciting race weekend awaits!

East London is a magical circuit situated on South Africa’s beautiful East coast. The track is like no other in the country and features some of the longest straights seen countrywide. With long straights and fresh coastal air, the cars will be pushing maximum power with the road to be able to stretch their legs. Top speeds in excess of 240kph will be seen, and don’t discount cars going 2 wide at these kinds of speeds either. Get it right and this is one of the most rewarding circuits you will ever drive on. Get it wrong however and you’ll be wishing your roll cage holds on. The risk vs reward is something racing drivers thrive on and the East London Circuit teases that combination with great potency.

Rackstraw has had his fair share of success on the circuit with a 100% win success rate with every race he has done. He also currently holds the Investchem F1600 lap record. The GTC car will be a different animal around the circuit though, with 2 and a half times more weight onboard braking zones, weight transfer and keeping the boost up in the turbo for corner exits will be the focus for the young Cape Town man.

The last outing in the car was at Red Star Raceway where some setup issues were exposed. It’s been hard work but there is hope that the car will be a better package in East London. Rackstraw hasn’t been able to schedule any testing in the car since the last race so he will need to adjust quickly to the car and track to maximize the time for the team to analyze data to improve the settings.

Rackstraw is used to wheel-to-wheel racing from his karting and single-seater experience so racing tin top cars in close proximity shouldn’t be an issue for the fiery RDSA man who will be keen to get a consistent finish without any issues. So far his rookie GTC season has been filled with ups and downs but if the car can run faultlessly then Rackstraw can start to build some consistency and confidence in the car which in turn will start producing the results that the SA Champion aims for.

“This weekend can’t come soon enough! I’m so excited to get back in the car and make more progress. We have an amazing base to work from and I’m excited to exploit it”, commented Rackstraw.

East London Grand Prix circuit is a usual highlight on the GTC calendar and if you are in the area, you are advised to not miss it. It will be action-packed and the racing is always good around this flowing circuit which promotes overtaking due to the slipstream effect on offer.

The GTC Championship is also hotting up with only 3 rounds left including this weekend’s round 5 in East London.

Get your tickets and come join in on the fun.

Andrew Rackstraw is always keen to meet the supporters and give the fans a closer look at the GTC Audi machine. So don’t miss out!

See you this coming weekend and travel safely!