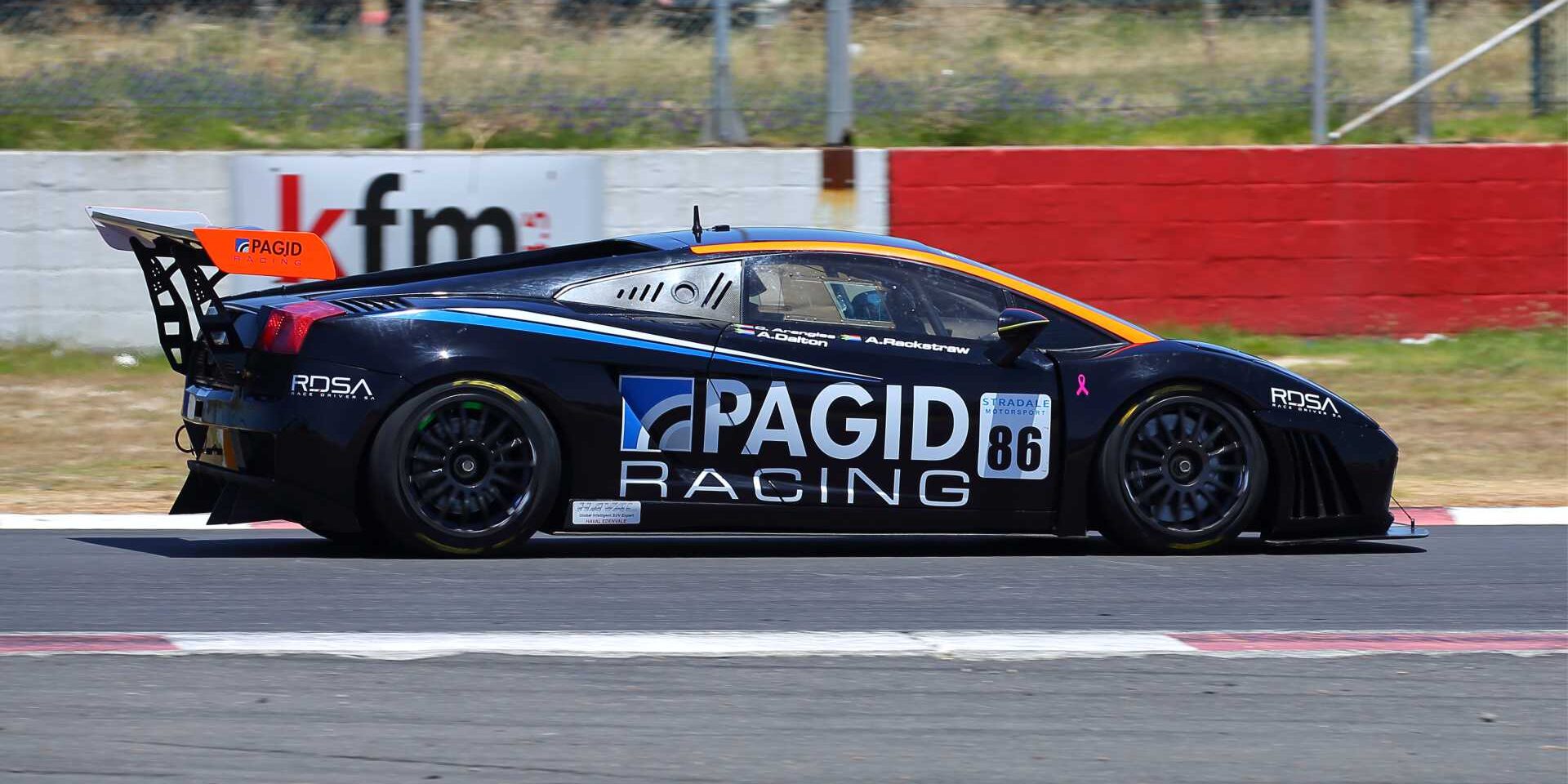 Rackstraw Grabs the Bull by the Horns

Rackstraw Grabs the Bull by the Horns

Some are experts in open-wheel machines, working up the ranks from karting through to the premier local championship (Investchem F1600) and perhaps even internationally in Indy or the likes of Formula 4. The pinnacle of this route is Formula 1.

Others are touring car drivers, although most of them start in karting too. They move through the Polo Cup ranks and eventually end up in DTM, World Endurance Championship and perhaps even Le Mans. South Africans seem to have more success in this stream than the open-wheel route, primarily due to funding realities.

Andrew Rackstraw has historically been an open-wheel specialist, putting down performances this year that have led many to believe he is the favourite for the National F1600 Championship in 2021. This past weekend, he took an enormous step into the unknown.

Rackstraw was invited by Stradale Motorsport to drive the fearsome Lamborghini Gallardo GT3 racecar in the Cape Town South African Endurance Series (SAES) 9 Hour. With around 50 entries on the grid, this would be an enormous challenge on the tight circuit.

Learning on the job

Unlike in sprint racing, endurance racing gives you minimal practice but lots of seat time in the race. Rackstraw couldn’t get much practice in the Gallardo in real life, so he prepared physically and mentally for the race by spending time in his kart and on his simulator.

He approached the race as prepared as he could have been, yet it was still an amazing experience to see the car in the flesh on Thursday. Much as we all love karting, there’s absolutely no replacement for seeing a thoroughbred Italian GT3 car on the track. These machines represent the sheer magic of sports car racing.

Thankfully, Rackstraw was able to bank a few laps in the evening to familiarise himself with the car. Joining such a professional outfit clearly left an impression on the young driver.

“The Stradale Motorsport team are the most professional, passionate and friendly bunch of guys. They really welcomed me and integrated me into the team,” he commented.

With less than 15 laps in the Lambo before the race, Rackstraw had to adapt quickly and would need to learn on the job.

Fast and steady wins the race

Endurance racing is an art. It’s a bit like a chess game, played at high speed and with significantly more danger.

Rackstraw was tossed the keys for the opening drive, doing a double stint of two hours to kick off the team’s campaign. This was intimidating for many reasons, not least of all because of the volume of traffic on the circuit. It made the N1 on a Friday afternoon at 3pm look empty.

In qualifying, team boss and SAES Championship hopeful Charl Arangies managed to put the car in P5 on the grid and P2 in class. That might sound far away from the bulk of the field, but with such disparity in lap times, overtaking would begin after just a few laps.

A hot day dawned on Saturday. Rackstraw knew exactly what that would mean.

“I knew it was going to be brutal in the car, with high cockpit temperatures as it was a hot day in Cape Town,” he explained.

Things started well, with a promising start and a slick rhythm at race pace. This is a Lambo rather than a Jaguar, but the focus is still on Pace and Grace: preserve the tyres and brakes, navigate the backmarkers and put down quick times as well. We did say that endurance racing is an art!

Rackstraw’s stint included a great race with Anthony Reid (ex-BTCC champion) in the Ginetta. It’s a wonderful opportunity for young South African talent to share the track with distinguished names from overseas, a credit to the organisers and the teams who made this happen.

Rackstraw brought the car in for a driver change from P2 overall and P1 in class, two laps ahead of P3 overall. It was a job perfectly executed. Rackstraw’s family took a deep breath and waited for his second stint at 6pm.

Around 1.5 hours into Adrian Dalton’s stint, there was a driveshaft failure. The team managed to change it in record time, but a significant amount of further time was lost due to the hub splines that had been damaged. A professional outfit like Stradale Motorsport can get the car fixed and back on track, but they don’t have a time machine unfortunately.

The three drivers worked hard to claw back many laps in the remaining stints. Terrifyingly, disaster would strike again.

There’s a word that makes any racer’s blood go cold and hairs stand on-end: fire. It’s impossible to even write this without getting goosebumps.

After the last driver change, with Charl ready to bring the car home, a fuel pipe failed and the car was engulfed in flames. There are only two words that matter in this situation: “driver ok!”

Thankfully he got himself out the car safely, as Killarney and everyone watching the livestream breathed a collective sigh of relief. It was naturally the end of the race, as Toasted Lamborghini isn’t a specialty dish that wins any races.

“I really felt for the team and for Charl; they had put so much effort into the car and had worked so hard to get a good result. That’s the thing with racing: the highs are high and the lows are low, but we always return for more, stronger than before,” Rackstraw concluded, showing the maturity that is a feature of his driving. 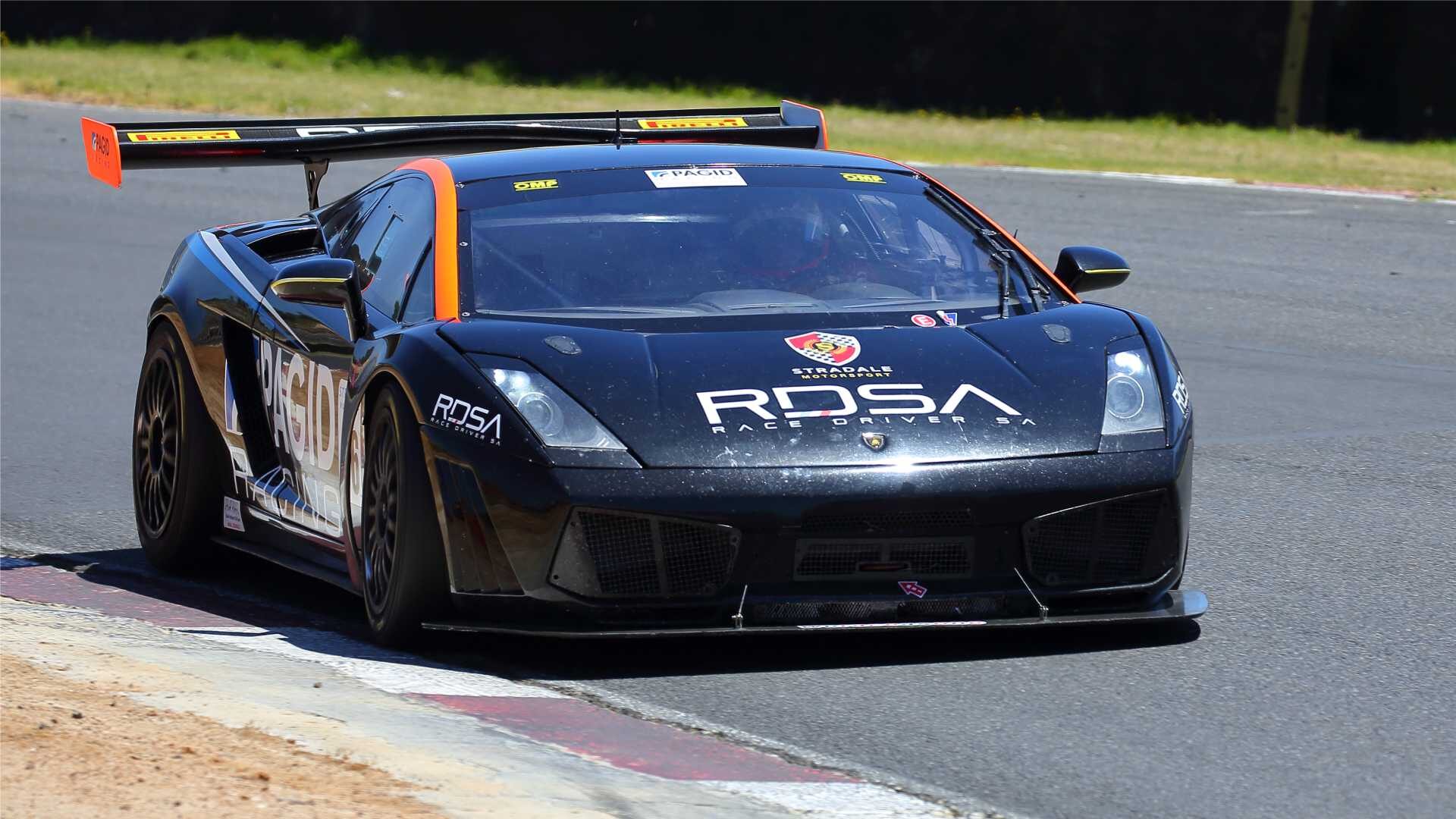 “For me, this was an amazing experience that I grabbed with everything I could muster. I loved every second in the car and I learned to deal with heat and mental fatigue after two hours at the wheel. It also taught me that the last five years of dedication to racing and trying to perfect everything has really paid off.

To be given an opportunity like this to perform at the highest level with minimal seat time has really given me confidence. A huge thank you to Charl Arangies and Stradale Motorsport for this opportunity, as well as to Stuwie White who suggested to Charl that Andrew should join their driver lineup for the 9 hour.

This has been a dream come true.”

As the racing community takes a break after a manic end to the season, Team Rackstraw will prepare for an all-out assault on the F1600 National Championship in 2021. You would be a very brave man to bet against him.