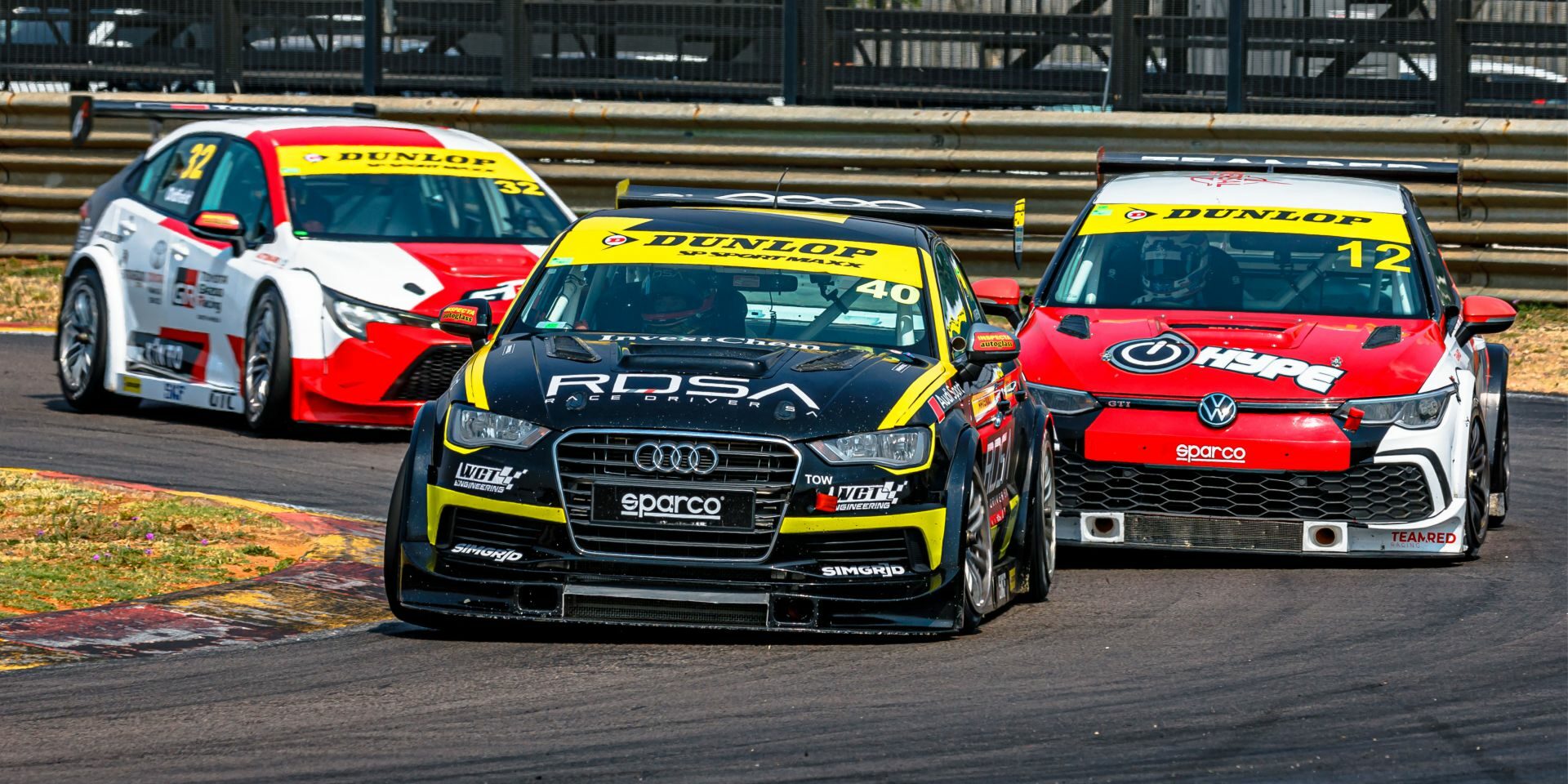 Andrew Rackstraw concluded his 2022 rookie GTC racing season this past weekend at the finale of the Extreme Festival at Zwartkops Raceway.

2021 F1600 National Champion Andrew Rackstraw battled through a testing first GTC season in his Audi S3 but learning a huge amount along the way. The young man, who turns 21 in the next few days, was happy to take on the new challenge and appreciates all the hard lessons he has learnt this year. Driving an older car you have to take the positives and the small wins. Rackstraw did so with great maturity throughout the campaign and will certainly benefit from this experience as he ventures further into his exciting racing career.

Through all the ups and downs, Andrew didn’t emerge empty-handed as his WCT team secured their 2nd GTC Constructors title in a row.

At the season finale, Rackstraw ended his season how he started it, with a podium!  It was the perfect way to wrap up the season. The Audi S3 was one of the first GTC cars made and featured in the first inaugural season back in 2016. After that, it went on to win 2 titles and then was parked in 2019. Bringing the old girl back to life was a serious task that the team and Rackstraw tackled head-on. To see the level of performance they were able to bring that car to and the development they did was an amazing achievement in its own right.

THE END OF AN ERA FOR AUDI

Zwartkops will always expose a car that is off the pace. The tight, twisty nature of the circuit needs an agile car that is responsive to any inputs, and also requires good power due to the altitude. So when it came to qualifying you could see the car really struggling as Rackstraw found himself over a second off the pace of the front runners. He made the most of it though and managed to grab P6 even with turbo boost issues and engine misfires.

Race 1 got crazy! As the cars hurdled down into T1 with Rackstraw on the inside, there was some commotion up ahead which sent the Investchem Ford hurdling across the track and into the path of the drivers coming through. Rackstraw narrowly avoided the collision and continued on, making up 2 places. Later on the first lap, he moved over to let teammate and championship leader Robbie Wolk through just before the safety car was deployed, as the Ford from earlier had got beached in the gravel on the outside of T1.

After the restart, Rackstraw got a good launch again and headed off in P5. He found a good turn of pace following his teammate and quickly managed to work his way into P4. From there it was all about tyre management and staying on track. He did both well and brought the car home for a very well-deserved P4. A great result considering the issues at hand.

Race 2 Rackstraw got the reverse grid front row start and launched off the line in P2. Again the engine issues were very apparent as the other cars swamped and flew past him down into Turn 2. By lap 2, he had dropped from P2 down to P7. As the action livened up in the front end, it was Rackstraw who had to take avoiding action again as one of the Gazoo Racing Toyotas lost the rear end coming out of the last corner. He avoided another accident and made up the position, closing the gap to his teammate in front. He kept in the fight and brought the Audi across the line for a P5 finish, handing him a very well-deserved P3 overall for the day!

CATCHING UP WITH ANDREW

“Bittersweet weekend. We made lots of progress heading into the final GTC round at Zwartkops. Unfortunately on race day it just didn’t go our way, with a few challenges. I do however want to thank the team who rallied once again to fix the problems. As a team, it’s been the theme for the year and they have always gone the extra mile to prepare and stay on top of the issues and make the Audi as
competitive as it was possible.”

“It’s been a dream come true to race in GTC and in such a historic car that won championships back in its day. Working with guys like Michael Stephen and the WCT Team has also been amazing and I appreciate all their input and help.”

“We maximized what we could do, stayed out of trouble and it paid off with a P3 overall. A great way to say goodbye to the beloved Audi by many people.”

“I look forward to next year and what it has in store for us. I can confidently say we will be racing with a brand-new car! And we will be bringing a new manufacturer to the GTC club as well. Can’t wait to reveal it to all my supporters once the build is complete!”

“Lastly, I just want to say a massive thank you to all my sponsors, Investchem Chemical Logistics, Sparco, Ravenol, SimGrid, RaceBook and most importantly my family for the continuous support. A
special thank you to my driver coach Claudio Piazza Musso for the years of training which allows me to compete with the best in the country. We aim to come back  stronger next year!”

Fighting words from the youngster who’s already fired up for the 2023 season. As one chapter closes another begins as Andrew finds himself off to Portimao for some high-speed testing in an LPM3 machine.

Catch all the latest news and updates on the Andrew Rackstraw website as he closes off his racing year with a few surprises.