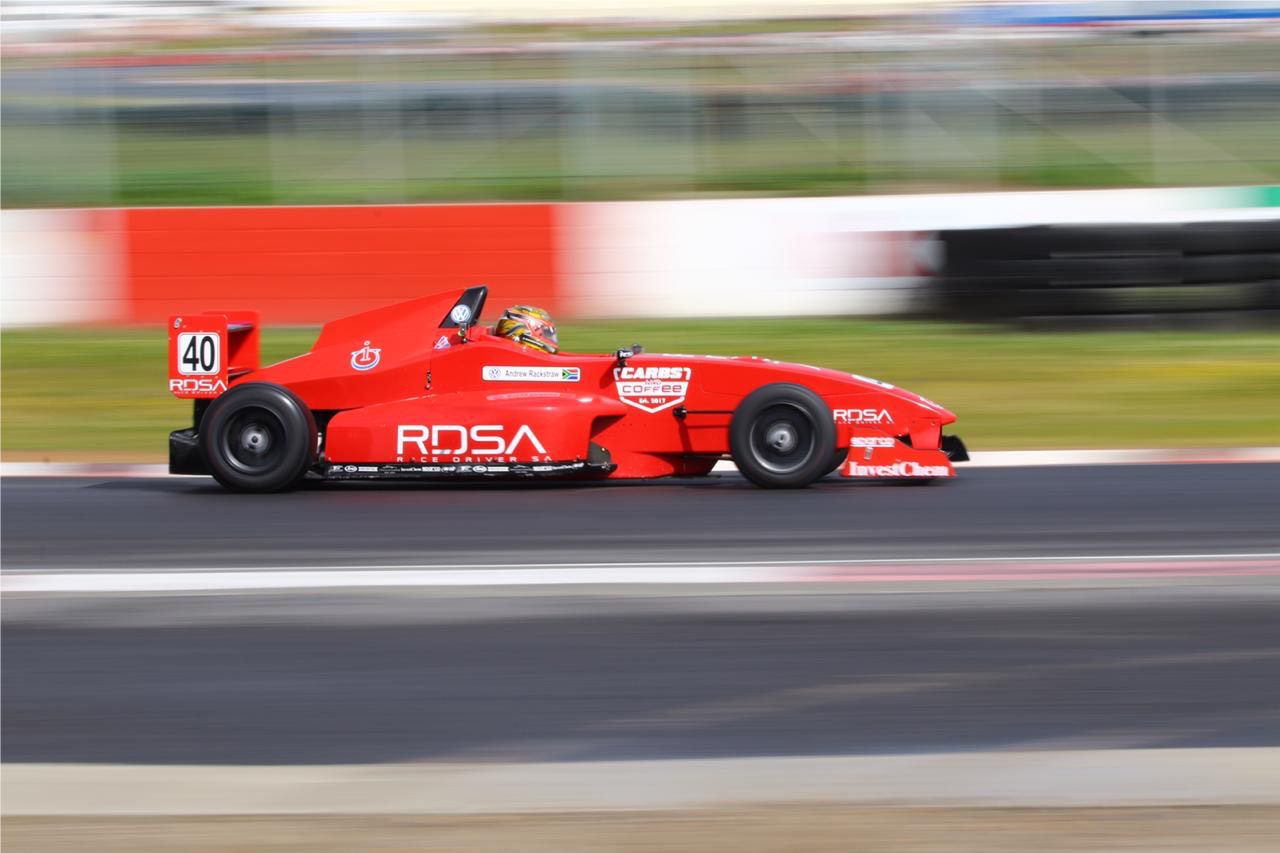 Rackstraw Lights up the Livestream

It’s wonderful to see what has happened in Formula Libre this year, with a group of drivers at the sharp end deciding to campaign in Formula VW open-wheel monsters. These cars look incredible and put down scorching times at Killarney.

Andrew Rackstraw is an open-wheel talent of note, showing incredible ability in karts, F1600 and his Formula VW as well. There are exciting things on the horizon for this young Capetonian.

In qualifying at Round 6 of the Killarney Power Series, Rackstraw threw down the gauntlet with a 1:11.508 – that’s seriously quick. To put it in perspective, Rackstraw was over 0.7s faster than nearest competitor Byron Mitchell.

Rackstraw has identified his starts as an area for improvement and Mitchell took full advantage of the opportunity to take the lead by Turn 1. However, Rackstraw wasn’t letting him have it that easily, reclaiming P1 with a precise move that started with his excellent exit of turn 1.

Mitchell held on for a short while in Rackstraw’s slip, but then Rackstraw dropped the hammer and checked out for a convincing win. He was faster than Mitchell on 7 out of 8 laps.

Race 2 was another example of why we need the livestreaming of events to continue. It’s critical to have moves like this on a season highlights package. Rackstraw dropped to P2 after another sub-optimal start, but then pulled off one of the greatest moves we’ve ever seen at Killarney.

In Turn 2, Rackstraw was literally the last of the late brakers and somehow held on around the outside of Turn 2, through the kink and again around the outside of turn 3 (which is outrageous) before taking the lead. Racing like this in open-wheel format isn’t just incredibly difficult, but also as gutsy as anything you’ll see on a track.

It all comes down to how badly you want it. Rackstraw wants it badly, all the time.

Unfortunately, Rackstraw seemed to struggle with a power deficit and lost the lead to Mitchell with four laps to go. He finished P2, under 0.8s behind Mitchell and with the fastest lap of the race with a blistering 1:10.743s – especially impressive considering the regional series is run on medium compound tyres rather than the softer compound run by the National Formula VW series some years back.

Despite losing out in the second race, Rackstraw was classified P1 overall for the day.

“I’m proud to have come away with the overall win today. Formula Libre is a great class and we are fortunate to have such good competition to improve our Single Seater racing skills,” commented Rackstraw.

As the season winds down, Team Rackstraw looks extremely confident and ready to fight for a National Championship in 2021.