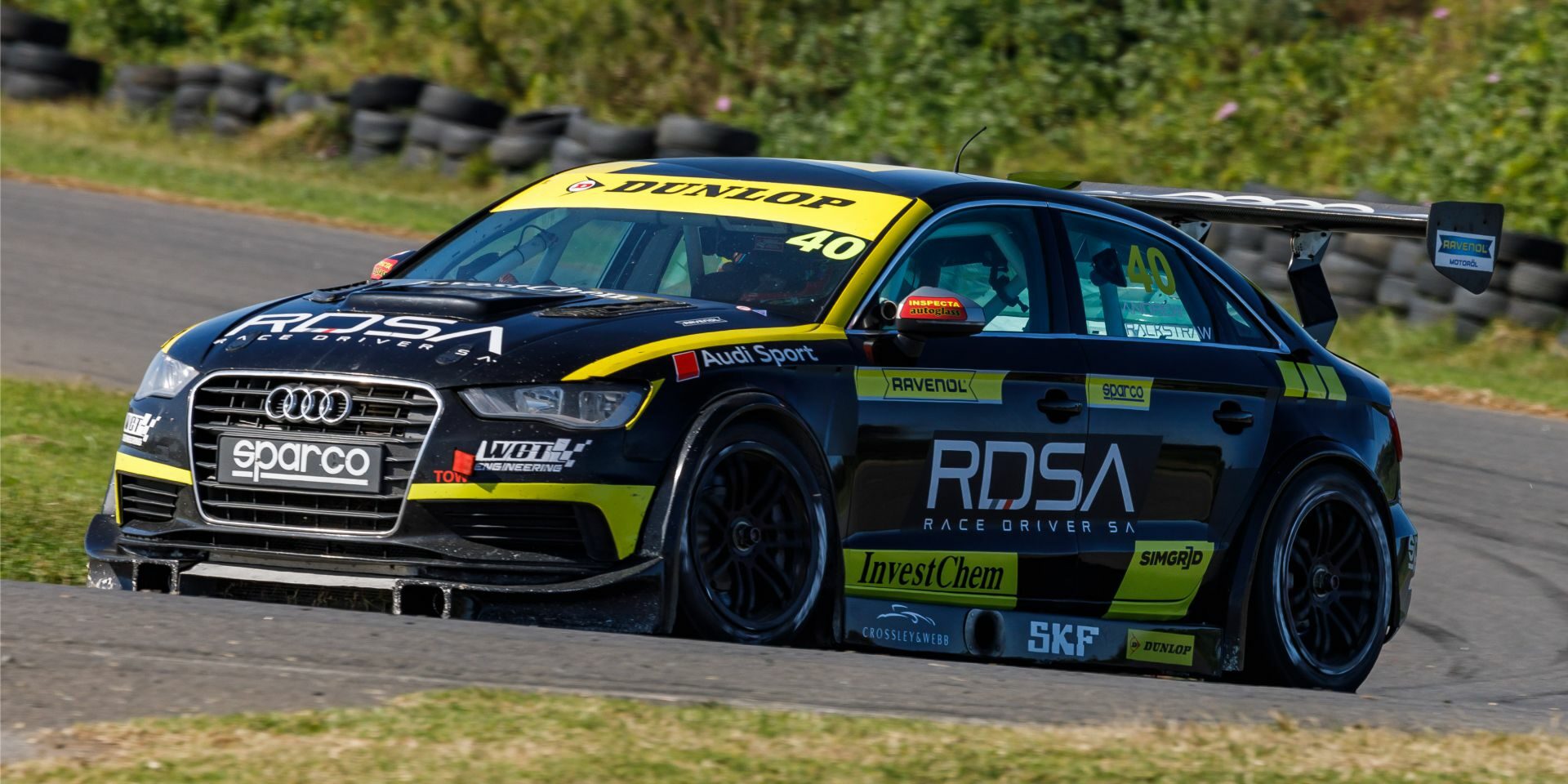 This weekend sees Andrew Rackstraw racing his RDSA Audi S3 in front of his home fans for the second time in 2022 as the Extreme Festival heads back to Killarney International Raceway for Round 6 of the Global Touring Cars Championship.

Andrew has put in the hard work and is fully focused on repeating his success from earlier in the year when he achieved his first podium in what is his rookie GTC campaign.

Since then, it’s been a tough year of learning for the 2021 F1600 Single Seater Champion. Often plagued by reliability issues, he has made the most of his opportunities to mature and grow into a top National Touring Car contender and he is hoping for a clean run when the action gets underway on Friday for Official Free Practice.

Excitingly for Rackstraw, the WCT Engineering team have rallied around him as they know how much this home leg of the Championship means to both them and Andrew. Extra attention has been put into the preparation of the car and it looks like the whole package is in the right window. Some testing last week at Zwartkops showed signs of promise as huge improvements were made and hopefully, Andrew now has the machine under him to take it to the top. Momentum is always key and if he can get his weekend underway positively then he should be in the mix for maximum points.

“I’m really excited about this weekend! The team and I have put a lot of effort into getting the car ready for my home race, and we are all feeling really confident that it will be a good weekend,” says Andrew “We will bring our A-game and I look forward to seeing everyone there!”

Round 6 marks the twilight stages of Rackstraw’s first year in GTC. There have been moments that have really stood out and some that he would prefer to forget. On top of his driving ability, he has gelled well with his teammates and has been a great addition to a star-studded driver lineup.

It’s time for the final push and the focus is to keep building momentum with only 4 Championship races left in 2022. If Andrew maximises the opportunity this weekend, he will carry immense confidence into his 2023 campaign.

The Cape Motorsport community is extremely passionate, so expect packed grandstands at Killarney this weekend. Andrew has been blown away by the support he and the team have received this season and wants to thank all for following his maiden GTC season.