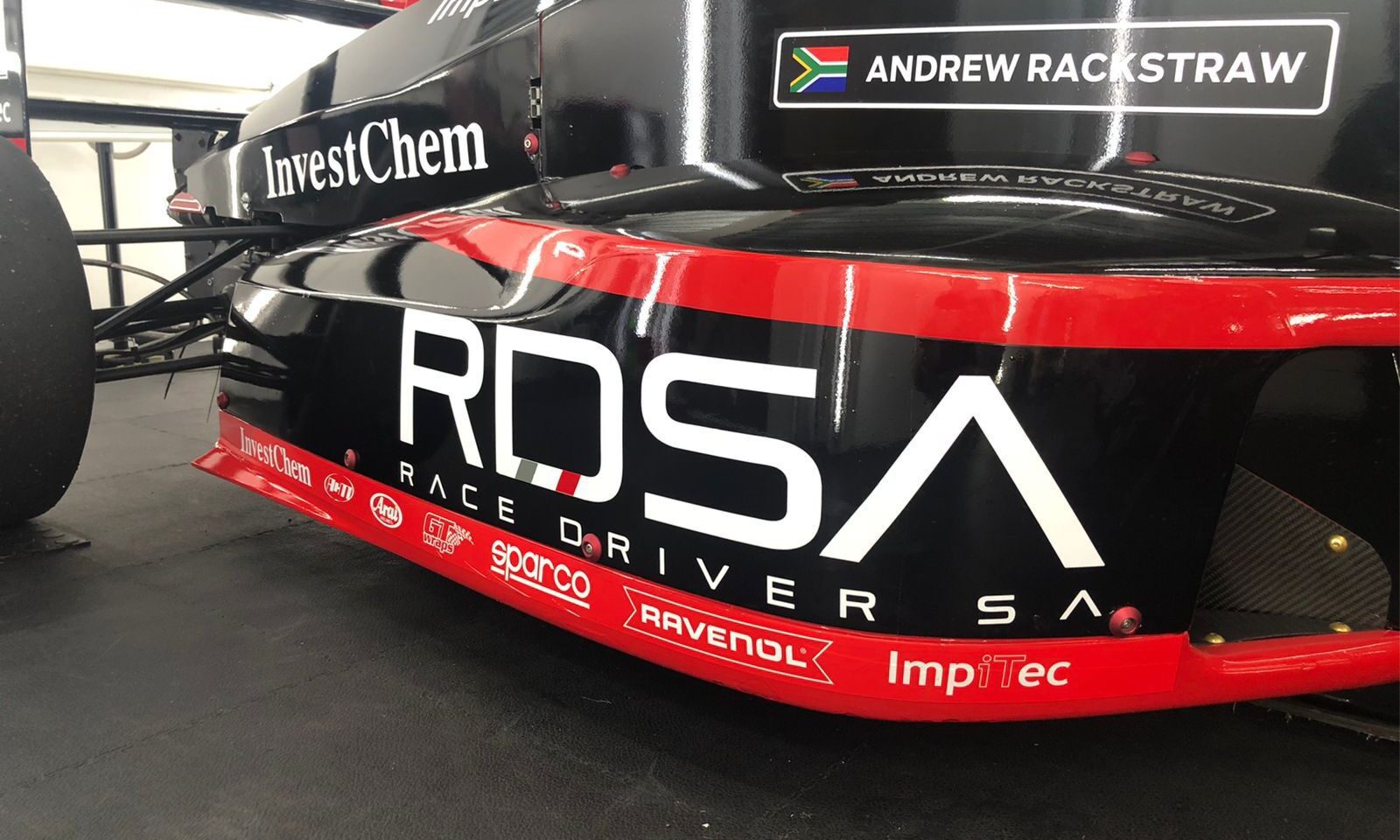 Capetonian ace driver Andrew Rackstraw has gotten his 2021 season off to a terrific start.

Rackstraw competes in Formula Libre, which features a number of different types of single seaters. With 15 cars on the grid across all classes, it’s a successful and exciting series.

Rackstraw’s main competitors in Class S are Byron Mitchell and Dee-Jay Booysen. In qualifying, Rackstraw had to settle for P2 behind Mitchell, just 0.029s off the pole time. A 1.4s pace gap to Booysen in P3 meant that Rackstraw would be able to concentrate on Mitchell in the race, rather than defending his P2 position.

In Race 1, there was little to separate the top two drivers.

Rackstraw piled the pressure onto Mitchell who finally made a mistake in turn 1 on the 5th lap. Rackstraw got past him and stayed there, bringing his stunning car home in P1 and with the fastest lap of the race – a 1:11.140 scorcher.

In Race 2, Rackstraw simply drove away to victory. He was quicker than Mitchell on most of the laps and by quite some margin, crossing the finish line 3.4s ahead. His fastest lap in Race 2 was also the fastest lap of the day, with an incredible 1:11.070.

“I always look forward to these weekends where there are so many different variations of single seaters in the same race. It is not dissimilar to endurance races where you have to overtake slower cars and race at the same time. It sharpens my race craft and makes the event more exciting,” concluded Rackstraw.

With a perfect start to the Regional season in large and small single seater machines, Rackstraw and the RDSA team will be feeling confident about what the rest of the year could bring.

Issued on behalf of Andrew Rackstraw