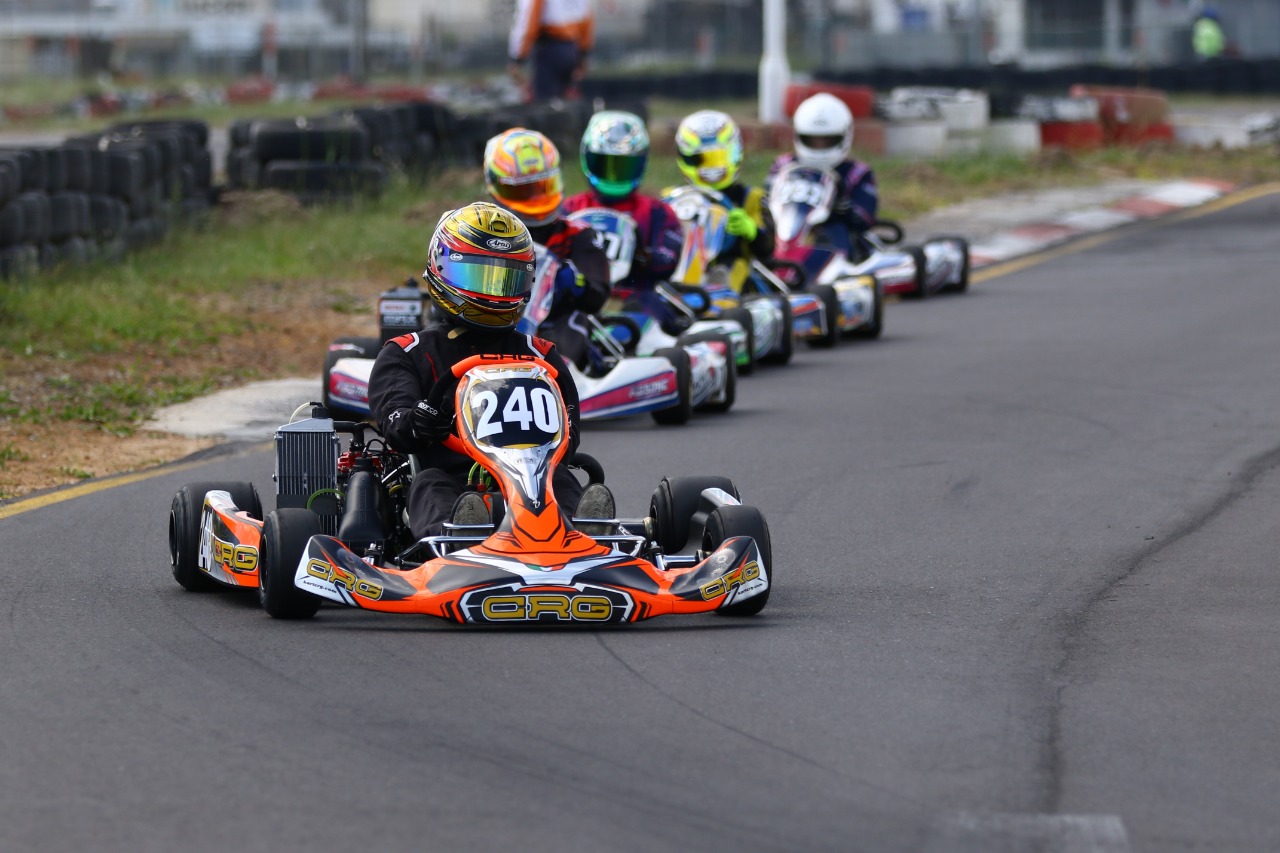 Andrew Rackstraw has had a busy racing calendar since lockdown started to make a welcome retreat from our lives. The young Capetonian came into this race fresh from a triumphant outing at Red Star Raceway in his F1600 car, which is really just a bigger kart anyway.

Competing in Senior MAX at Killarney, Rackstraw finds himself in a field of highly talented karting specialists. The regional grid in Cape Town could easily be the running order at any National, such is the level of talent involved here.

Initially, it didn’t look like Rackstraw would have a fruitful weekend. In practice on Friday, he was off the pace and concerned about hanging on with the pack. Some solid setup decisions with the team helped to close the gap to some extent, but it was still a difficult qualifying result that saw Rackstraw start Race 1 in P4.

Much to his surprise as well as the surprise of his competitors, Rackstraw took huge strides forward in pace in Race 1. After Storm Lanfear pipped him at the start, Rackstraw got through Lanfear and proceeded to chase after Jason Coetzee. He put in a number of quicker laps in a row which gave him the opportunity to make a move on the second-last lap of the race. 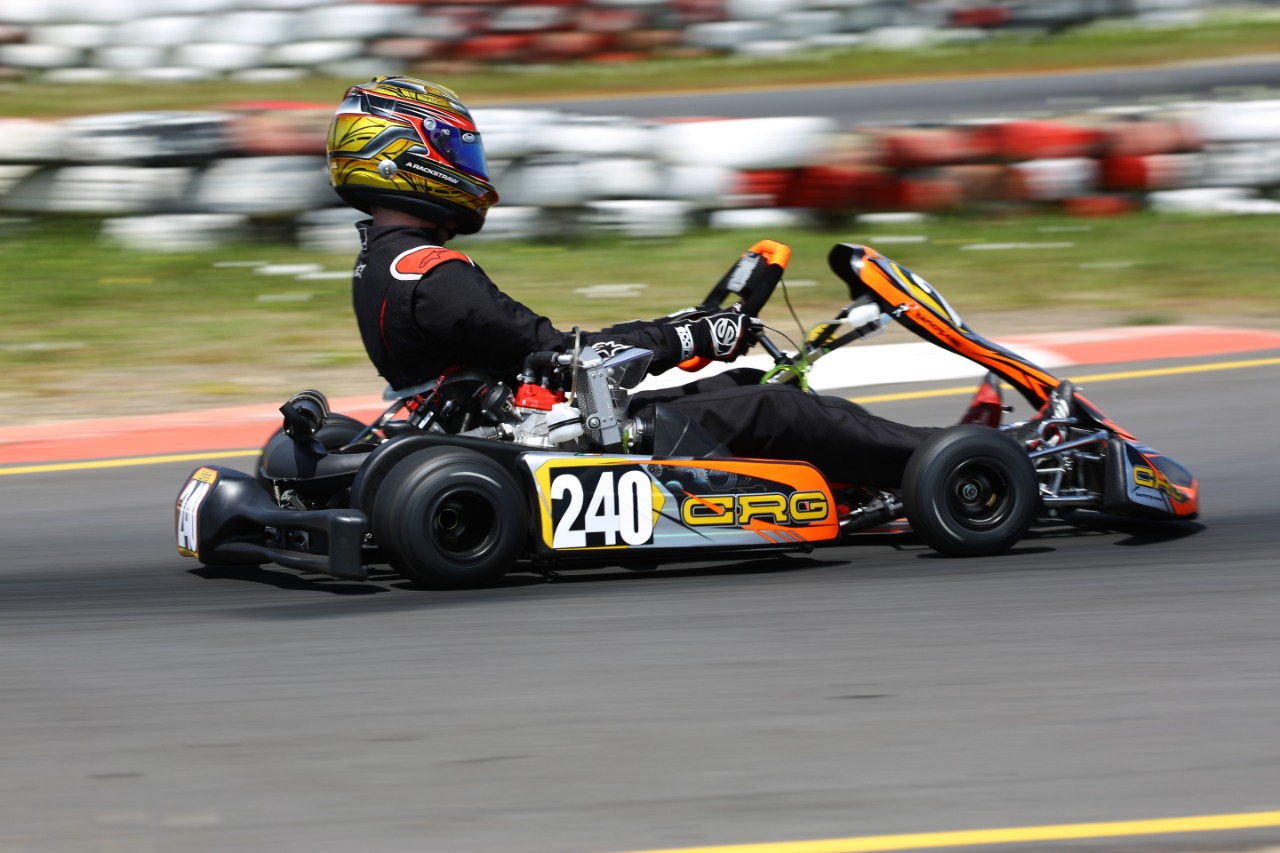 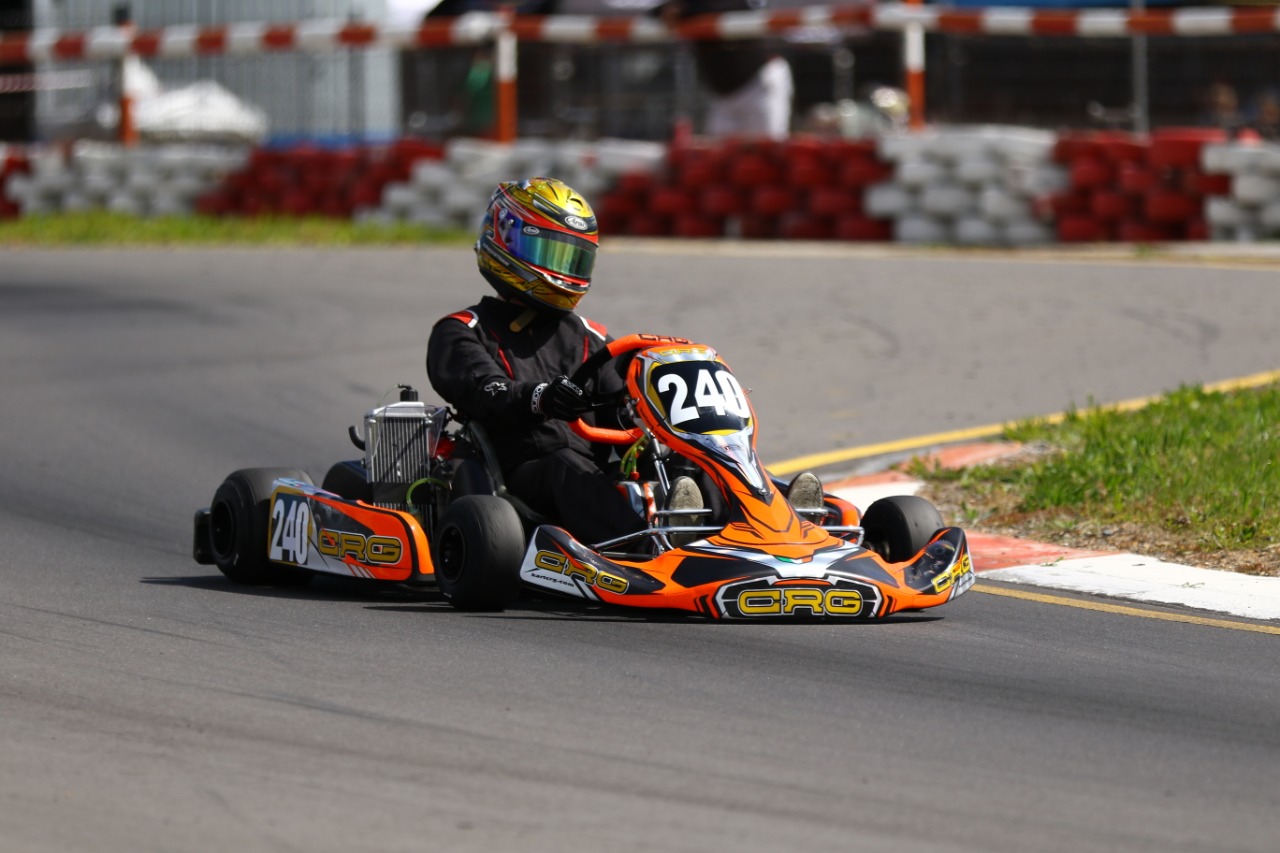 The move stuck and Rackstraw crossed the line in P2. It was a terrific start to the day, not least of all in the context of being well off the pace in practice. With the 2nd fastest lap to his name, Rackstraw would start Race 2 on the front row.

It was a tricky day for setup, with changing humidity as well as grip levels on the tarmac. The team unfortunately went the wrong way with setup, but managed P4 and the 3rd fastest lap overall in Race 2.

Interestingly, Rackstraw’s fastest laps of the race relative to his competitors were the last two laps. It’s that never-say-die attitude that keeps these guys at the top of the sport.

Race 3 was another challenge for setup, as less experienced drivers across the karting club struggled with the circuit. The team went the other way with setup and it seemed to work, as Rackstraw managed to see off Coetzee at the end of the race .

Overall, Rackstraw took P2 for the day. That’s a mighty impressive result considering how little time he actually gets in the karting saddle. Performance and pace was strong when it mattered and this sets Rackstraw up very strongly for the pending Rotax National at Killarney.

All focus will now be on his home National race where he will enjoy terrific driver coaching support from RDSA as always.

Carbs and Coffee is immensely proud to be associated with Andrew Rackstraw, one of the most talented and adaptable open-wheel racers in South Africa.