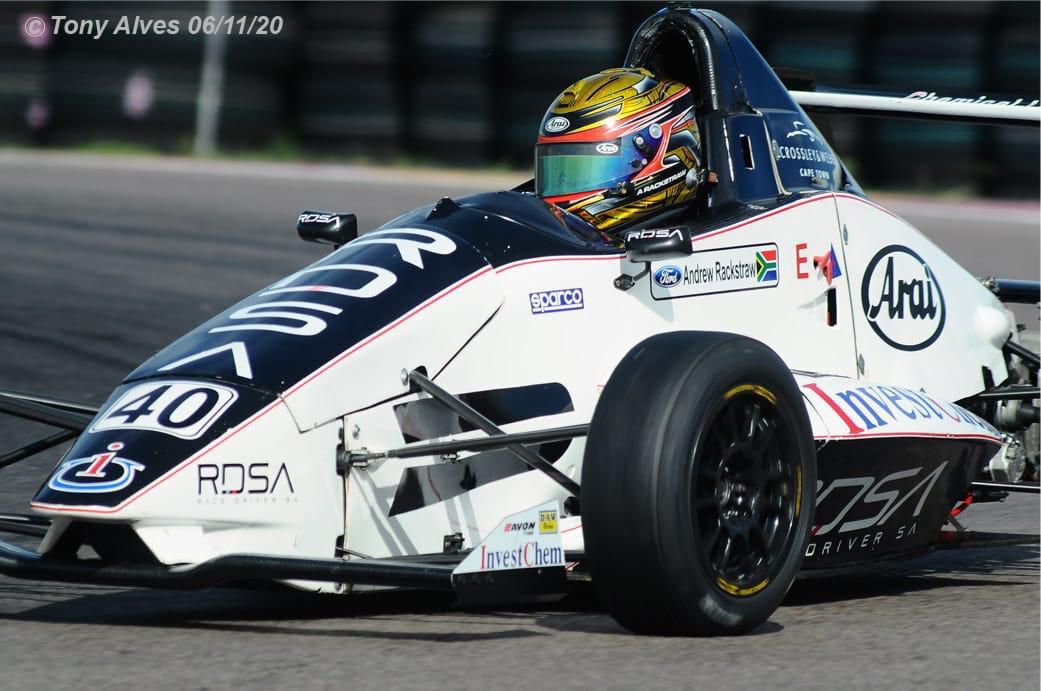 Andrew Rackstraw, who has established himself as somewhat of a wet weather driving expert, might have felt sad to miss out on the 6th Round of the WPMC Regional karting championship considering the amount of rain floating around the Cape this past weekend.

Duty called in the form of the Investchem Formula 1600 Invitation Championship up at Zwartkops Raceway. While the rain stayed away from the Cape Town karting event, Rackstraw brought his usual talent storm to the highveld.

After topping the timesheets in each of the three free practice sessions, Rackstraw went into qualifying as the odds-on favourite.

He delivered beautifully, putting his Investchem RDSA machine on pole for both races with a best time of 1.04.463. When one considers that 2 seasons ago he was lapping the 2.4km circuit in the 1.06s, you can easily see the immense gains this young man has made in single seaters over that period of time.

When the lights went out for Race 1, ex Formula 1600 champion Nicholas van Weely used his inside line start to squeeze out Rackstraw as they entered the fast paced turn 1 sweep. Rackstraw was given a helmet full of gravel for good measure as a result of van Weely’s aggressive start.

Rackstraw kept his nerve to come straight back at van Weely and a keen Jarod Waberski to reclaim his lead by Turn 4.

As the drivers emerged from the entry to the tabletop, Rackstraw was nowhere to be seen. Spectacularly, Rackstraw’s throttle had stuck open on the entry to Turn 5. This isn’t the first time this has happened for Rackstraw but he handled the situation magnificently to bring his vehicle to a halt without a major accident. 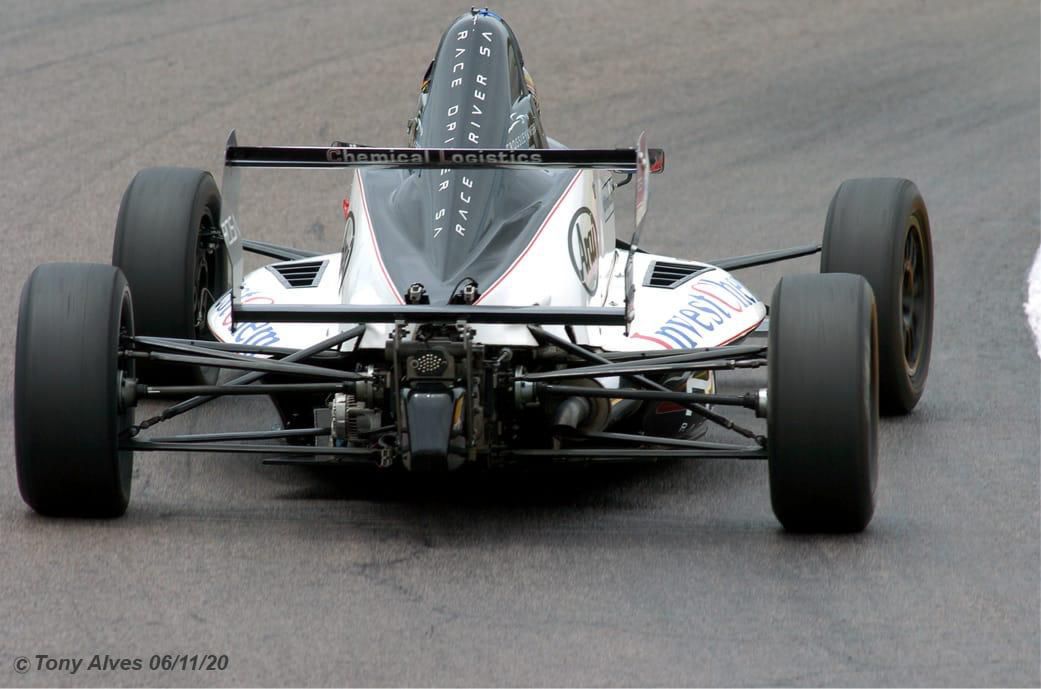 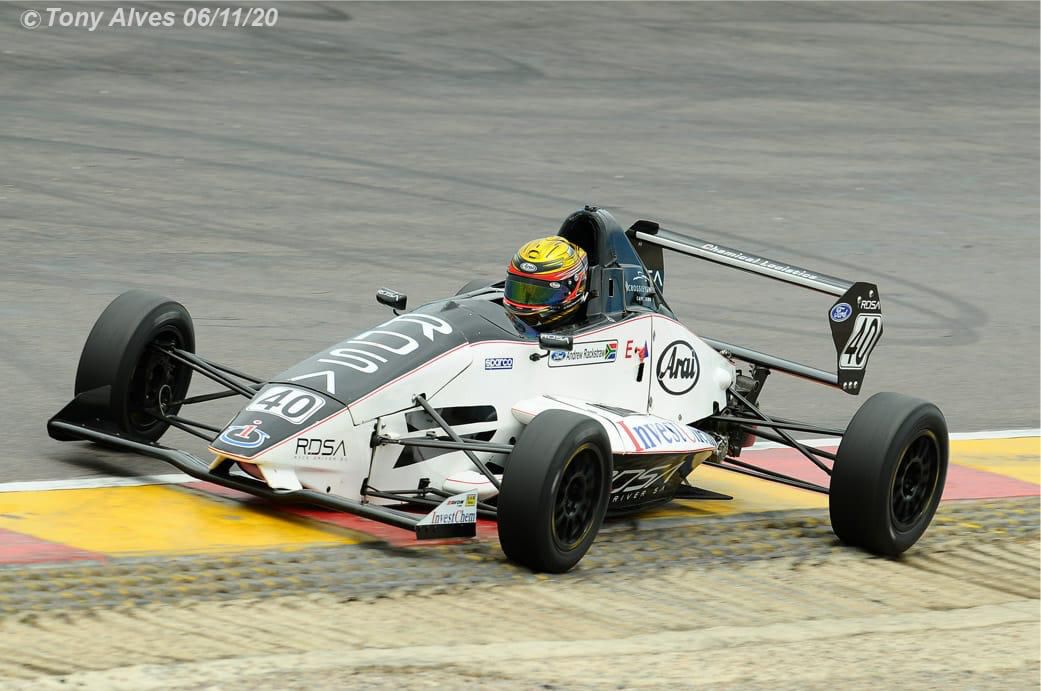 Anyone who has raced anything, ever, will know how scary a stuck-open throttle experience is. Rackstraw navigated this one at over 180kph! As he stumbled back to the pits, it was unfortunately an early shower for the young star as he retired from the lead after only 2 laps.

As the lights took an age to go out for Race 2, Rackstraw had his car pointed firmly in the direction of the Turn 1 apex. This time he nailed the start and held his position throughout the opening exchanges.

Some early pressure from van Weely was dealt with superbly by Rackstraw who then put his head down and checked out for a terrific flag-to-flag win.

“It was an absolutely dominant weekend, being fastest all of practice on Friday and getting pole for both races. It was very unfortunate in race 1 with my throttle getting stuck open while leading, ending in a DNF, but Race 2 was a different story with a flag-to-flag victory.  A huge thanks has to go to Investchem for all the help, as well as my dad for making it all possible, along with RDSA for driver training,” summarised the chuffed young man.

One can only wonder how this season would have panned out should there have been a Championship at stake. Something tells us Rackstraw would have been taking home his first single seater title, but COVID-19 had other ideas.

Watch out for the name Rackstraw at the sharp end of the field next year, because that’s where he will be as he hunts down the premier South African Single Seater crown.