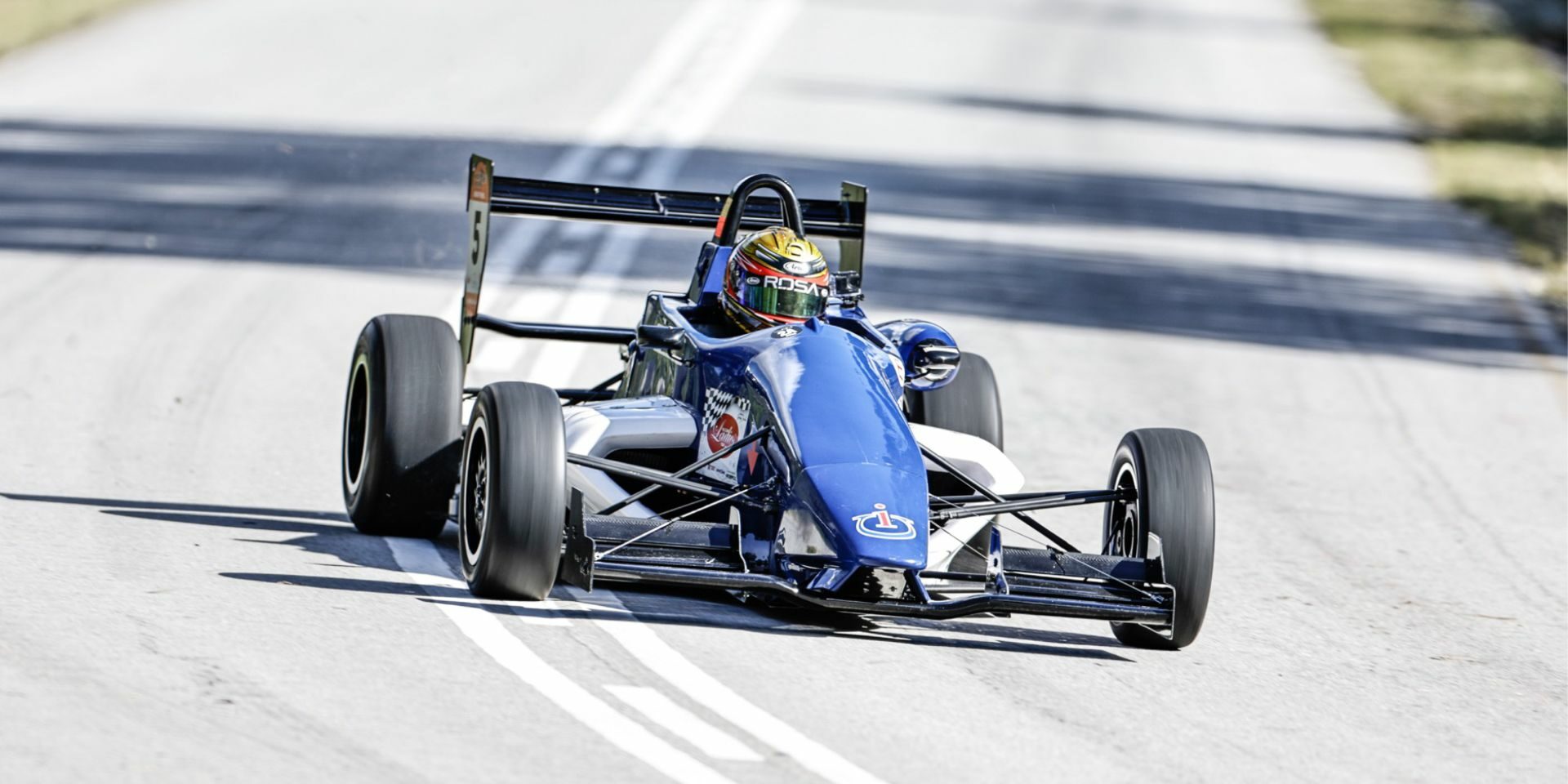 Andrew Rackstraw returned to the Knysna Simola Hillclimb for his second showing at the event in as many years. Just 6 months ago he made his debut in his circuit spec Formula VW on the sacred hills and this year he was back for another dose of high-speed hillclimbing.

The Capetonian was a standout performer on his debut in 2021 and had so much fun that he had to return for some more action this year. The event took place this past weekend with the same flare that the HillClimb always brings. If you’re passionate about cars and racing, then this is definitely one of the best events on the South African motorsports calendar.

With everything booked and ready to go, it was off time for the 6-hour drive from Cape Town to Knysna.

At this year’s event, Andrew took charge of a 2.0 Litre Formula Ford Duratec. Having only seen the car in person once prior to the event, it was going to be a real challenge for Andrew to learn the Duratec’s capabilities on the Hill with such limited runs. Needless to say, Andrew was just that much more excited. His approach to stepping into the car for the first time couldn’t have been better though as an epic weekend was about to ensue.

On Saturday morning after a quick seat moulding and fitment, Andrew had all 4 cylinders fired up as he pulled to the start line in the rain. Yes, it rained for the majority of Saturday, increasing what was already a daunting task.

“Driving a 2 litre Duratec for the first time was absolutely amazing. With limited practice due to rain, I had to adapt extremely quickly to this nimble Duratec. As a team, we worked through the setup methodically, ending with an amazing setup.”

For his first run, he set a very respectable time of a 44,5. Conditions were really horrid as the rain continued to fall for the next few sessions. Luckily later in the day once qualifying had started, there was a short break in the rain which allowed the course to dry up. Dry tyres were strapped on and Rackstraw set up the hill on a charge for what was his first qualifying run on slicks. Again setting a very good time which saw him take P2 in class.

Warm-up started at 9 am sharp. With more dry running and more cars on the hill than the previous day, the tarmac quickly rubbered in.

For the 4th qualifying run, Rackstraw bolted on some new Avon tyres that really made the car come alive. He found instant performance and set a time that was only 0.3 slower than P1 in his class. From there, he continued to improve, finding more time with each run before breaking into the 39-second bracket. A mighty effort indeed, considering his formula VW was only able to do a 41.4 the previous year.

With qualifying done it was time for the class finals and then onto the King of the Hill Shootout for Sports Cars and Singleseaters.

Rackstraw posted the quickest time for qualifying in his class so he was last to go up. Everything looked to be going flawlessly as he cruised up the hill. When he crossed the finish line his time was good enough for P1. It was bittersweet though, as it was later announced that he had hit a bollard on the way up, the penalty for this is an instant deletion of your time. From first to an instant disqualification was a hard pill to swallow especially after all the hard work that went in. But that wasn’t the end as the top 10 shootout was up next.

“We managed to be quicker than the heavily modified VW in the class final, but an unfortunate mistake on my part led us to be disqualified, by hitting a policeman. But still managed to finish P5 overall. Nevertheless, I am so extremely proud of my team, and really enjoyed extracting every tenth out of this beautiful machine.”

With all the pressure on his final run and just after his disqualification, Rackstraw had to brace himself to do the best he could. He pushed on and managed to get the 5th quickest time in the shootout, a valiant effort from the youngster.

“A huge thanks have to go to RDSA, Investchem, Ian, Hendrik, Simgrid, Crossley and Webb and Sparco for making it all possible. And most importantly to my supportive family, and to my mum for letting me race on Mother’s Day!”