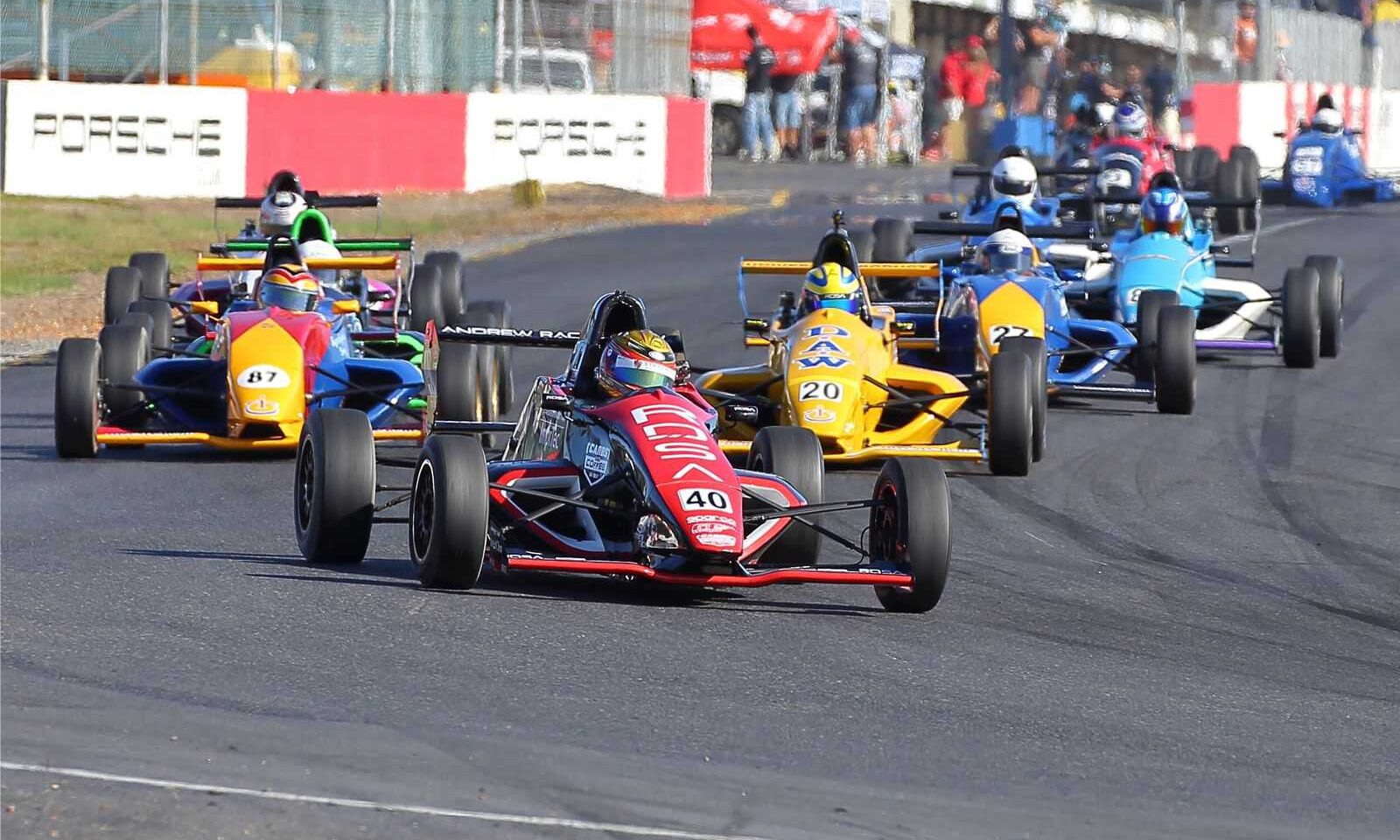 Rackstraw Throws Down the F1600 Gauntlet

Andrew Rackstraw is a force to be reckoned with, each and every time that he straps himself into a racecar of any shape or size. This is especially so at his home track – the beautiful Killarney International Raceway with the majestic backdrop of Table Mountain.

The drivers don’t get to admire the view and unfortunately there weren’t any public spectators to do so either, but that didn’t impact the quality of racing on the grid. As the first main circuit National of the year, the Extreme Festival dished up some great motorsport.

Rackstraw’s main focus this year is the F1600 National Championship as the most prestigious open-wheel format in the country. Winning this championship is a career-defining moment for young racing drivers.

Sending a clear message on the Friday, Rackstraw was fastest in every session. In FP1 he was quickest by more than half a second, which is a lifetime in this sport. The key would be to take that momentum forward into the race day as practice is very different to the main event.

“We just kept focusing on ourselves and every session, moving forward with setup.” 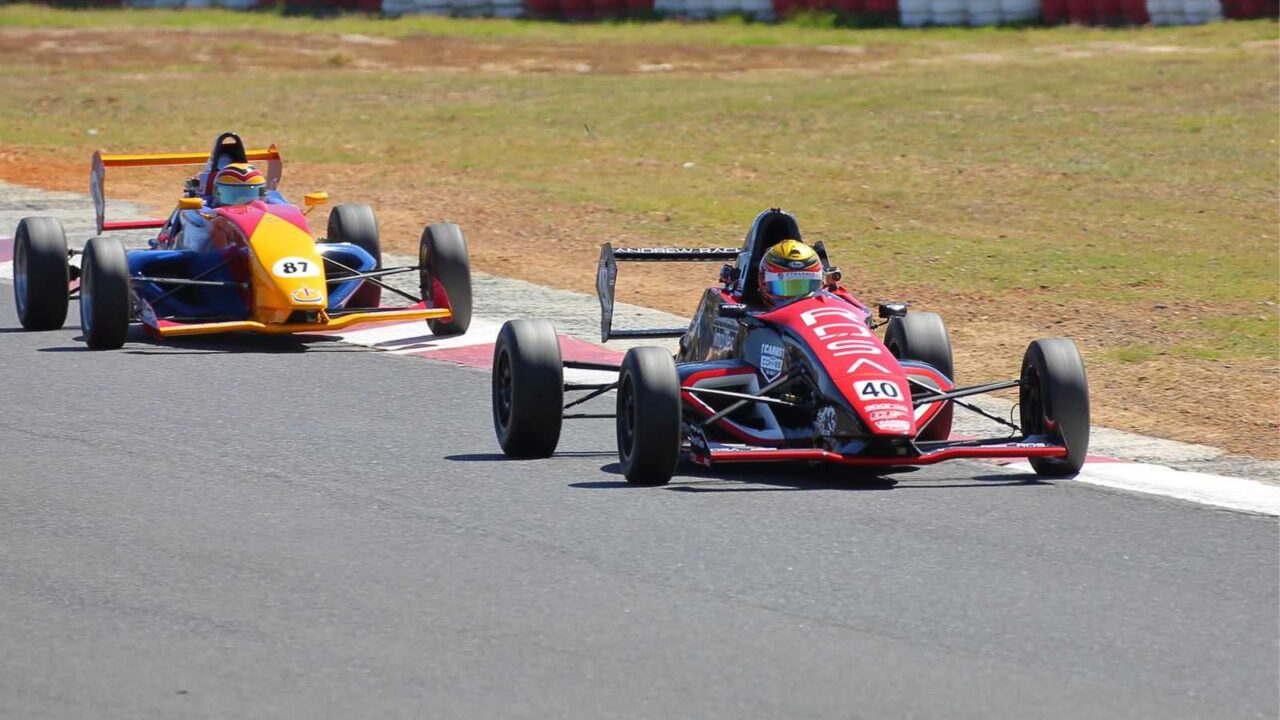 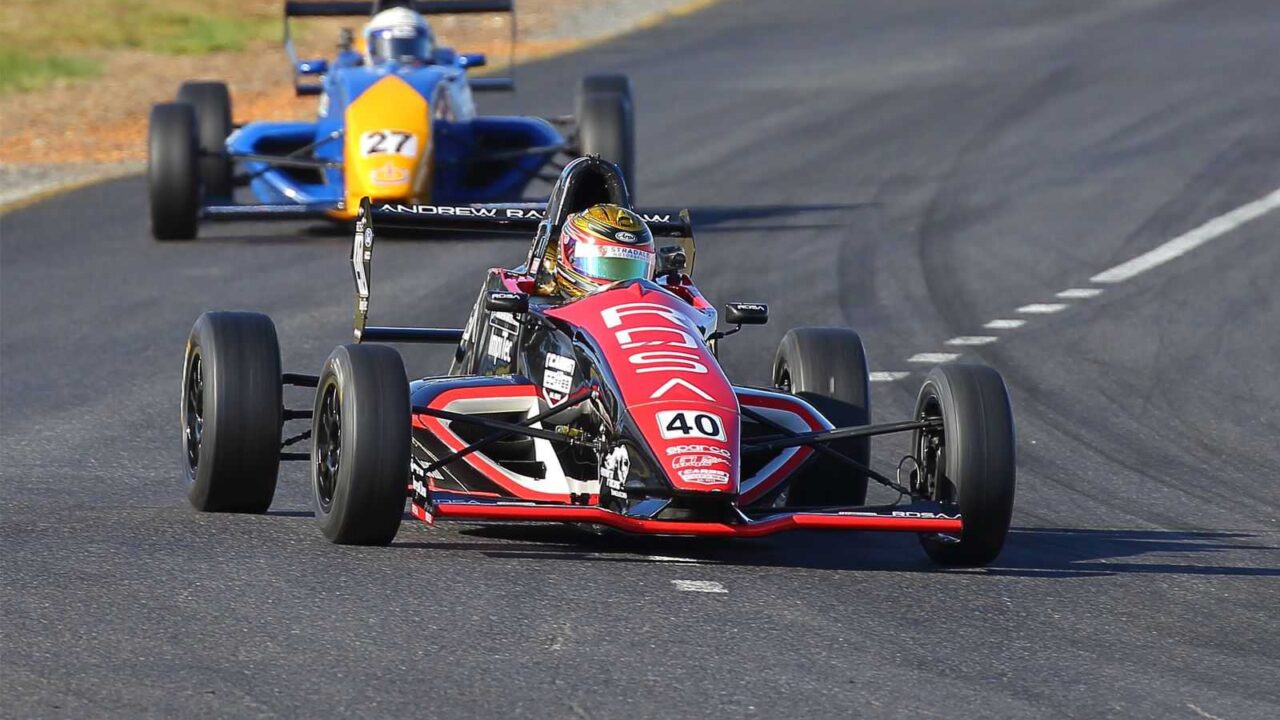 Move forward they did. In qualifying, Rackstraw was quickest with a blistering 1:15.056s lap time, an average speed of almost 157km/h. With that performance, Rackstraw already banked P1 starts for both races and earned 1 point for the F1600 Championship – a perfect start!

Nicholas van Weely put Rackstraw under a lot of pressure early on in Race 1, but Rackstraw kept a cool head and defended where he needed to. Although van Weely posted the quickest time of the race, Rackstraw took the flag and the win ahead of Jarrod Waberski after an incident dropped van Weely back to P6.

Race 2 was far more straightforward, as Rackstraw simply drove his black and red car into a different postal code to the rest of the field. Managing to break the tow as racers behind him jostled for position, it was a lights-to-flag victory for Rackstraw with a gap of nearly 4s.

“It’s just the start and we need to keep our heads down and focus on the end goal, which is the championship.”

Rackstraw’s pace is enough to win this championship and his mature professionalism is just the icing on the cake. Rackstraw would like to thank Investchem, RDSA and Hendrik for all the work behind the scenes, as racing is undoubtedly a team sport.